Uganda Tourism Board (UTB) has rubbished claims by a former employee who accused the agency of wrongfully terminating his employment contract and denying him his salary arrears.

The UTB chief executive, Stephen Asiimwe while commenting on allegations made by Patrick Kateregga, a former digital manager at UTB, said that the agency followed the due legal process in laying off the staff.

Patrick Kateregga, was in charge of UTB’s digital platforms including Facebook, Twitter, Instagram and the website until he ceased working for the agency in October of last year. He has since held onto the logins off the different social media platforms and they have not been updated for over two months now.

He accuses the Management at the agency of not honoring their obligations regarding his salary. He claims he has not been paid outstanding arrears.

He says he together with more than 20 other employees were laid off in contravention of terms of their employment contracts and that their outstanding salaries were not cleared as the labour laws demand.

“You can not advertise employees’ jobs who are on contract before appraising them, as all contracts stated, and when you do terminate their contracts, you automatically choose the obligation of paying all their dues before you let them go. At least that’s what basic management is about,” Kateregga wrote in a lengthy post recently.

Prior to his departure, he claims, he wrote to the CEO and HR inquiring on his status at UTB but none of them replied.

Later on October 5 2018, he received a letter that his contract which was due to expire on September 30 would not be renewed. He was given 7 days to handover, “without clarifying on outcomes from my interviews and how my payments in lieu and gratuity would be cleared”.

He says the contention stems from the massive recruitment that happened at the agency last year. This recruitment, he says, was done before contracts of the would-be affected staff had expired. This was also done without appraisal of the staff occupying the advertised positions, contrary to clauses in their contracts.

However, Asiimwe denies the allegations by Kateregga and maintains that the agency followed the legal procedure. He says that in case Kateregga is dissatisfied with how the termination of his contract was done, he should exploit legal processes other than rush to social media.

“There was a process that took place, contracts ran out and people were subjected to due process. As far as we are concerned, we followed the law to the letter,” Asiimwe told SoftPower News on Wednesday.

“If he has issues, they can be resolved amicably. We need to look at issues and discuss them professionally rather than making allegations on social media. There has been a lot of of falsehoods on social media, I don’t have to respond to each one of them,” he added.

He added that should some of the statements made against UTB on social media are found to be defamatory or libel, it (UTB) will take legal action.

Asked to respond specifically on the claim that Kateregga’s salary arrears were not cleared, Asiimwe said; “Arrears for what? Can he prove?”

In his post on social media, Kateregga said he has chosen to post about the issue, after he had attempted to engage the CEO and Management at UTB but was repeatedly ignored.

However, Asiimwe said the claim is not true as there was a recent meeting between the lawyers on both sides.

On whether Kateregga indeed left without handing over the social media logins, the UTB boss admitted, but said that a process is ongoing to establish which of UTB’s property (both software and hardware) was not handed over and how it can be retrieved.

“We are doing a due process to ascertain the procedure so that if you have software and hardware and we prove they are ours, we can get them,” he said.

“The institution has a right to get what belongs to us. If he refuses, due process will be taken. The same applies to us. If it is discovered that we have something that belongs to him, we shall give it. It’s two way”.

It remains to be seen how long it will take to have the current stalemate resolved and when UTB can resume its activity online.

The country could be losing as millions of dollars that could be drawn from potential visitors whose decision to visit Uganda could be determined by a tweet or post from UTB. 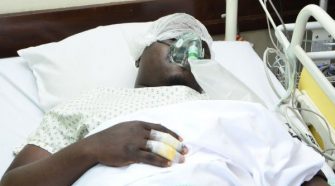 Ailing Zaake Transfered from Lubaga, to be Evacuated to India for Treatment