About 500 vendors from Najjembe market are worried about losing their produce after being forced into a 14- day self isolation in their homes.

The market was closed for disinfection on Thursday this week and all vendors ordered to self-isolate after three of their colleagues tested positive for Covid-19 during the mass surveillance and community testing exercise.

Najjembe market which is found along the Kampala-Jinja highyway is a popular stopover for truckers and travelers on the Eastern route because of its delicious snacks, roasted chicken and beef.

The closure of the money hasn’t gone down well with the vendors saying they were never allowed to sell off their produce such as bananas, potatoes and sweet plantains that cannot wait for the 14 days.

Henry Ssentongo says he had stocked beverages which he fears could expire should the taskforce delay to reopen the market if other vendors test positive.

Nubuati Nakayiza, a vendor in the market says currently her family is feeding on the sweet plantains (Gonja) they had bought for business.

She says it is hard for her to explain how they will raise capital to resume business since the market is her only source of livelihood.

Usman Lukwago, the chairperson Najjembe Meat and Chicken Vendor’s Association says it is hard for them to describe the losses they have suffered because of the abrupt closure of the market.

He however says they are liaising with the taskforce to enforce the Covid-19 preventive measures to avoid infection.

Buikwe Resident District Commissioner Jane Francis Kagayi appeals to the vendors to remain home for their own safety.

She says the market has been disinfected and temporally closed to save the vendors from contracting the disease.

The vendors who tested positive are undergoing treatment at Mulago National Referral and Jinja Regional Referral Hospitals while the 16 contacts from the community are quarantined at FUFA Technical Center Njeru in Buikwe district. 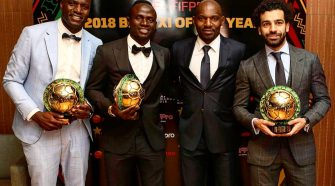