Uganda’s confirmed cases of Covid-19 now stand at 44, with 11 new cases that tested positive on Tuesday.

President Yoweri Museveni made the revelation of the 11 new cases as he addressed the nation on Tuesday evening, on measures being undertaken by government to prevent the spread of the virus.

On Monday, health authorities conducted tests on 82 samples and all tested negative. A total of 176 samples were tested on Tuesday and 11 tested positive.

Although the Ministry of Health is yet to release details of the 11 new cases, Museveni said that majority of them are children under Watoto Church children’s choir who contracted the infection while on their regular tours abroad. They have been under quarantine since their arrival to Uganda.

One (from Nakawa, Kampala) of the 11 new cases was a contact to one of the previous cases.

Health Minister, Dr Jane Ruth Aceng said on Tuesday that all the 44 cases were under quarantine except only 5.

The President said the decision to quarantine all those who had traveled from abroad was a logical one given the trend in confirmed cases shows that majority had been placed under isolation.

“Quarantine has blocked many people who would have gone to the population. They were not allowed to mix,” Museveni said. 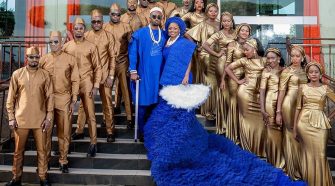