In a note to President Museveni, Mr Ghislain Dieu Beni Kolengo, the Governor of the Upper Mbomu province, one of the 14 provinces (prefectures) of the Central Africa Republic, said UPDF operations had “reduced the atrocities of the notorious LRA which had regressed us considerably”.

Writing on behalf of his government and the people of Obo, the capital of Upper Mbomu, one of the towns that enjoyed stability due to UPDF presence there, Mr Kolengo said: “I would like to thank you for the sacrifice made in terms of personnel, materials and money spent in tracking the sinister leader of the rebels, Joseph Kony, in our national territory since 2008.”

Obo, a densely forested town in the western Central Africa Republic, had become a haven for remnants of the LRA, who fled Uganda, South Sudan and DR Congo, after a routing by the UPDF.

Marauding in Obo, the LRA had fomented fear and death in that part of the country, until 2008 when the UPDF, with support of the US, moved in to help pacify the region and hunt down LRA commanders.

Mr Kolengo says the UPDF has left a lasting positive impression in CAR and that the two countries’ bilateral relations can only get stronger.

“A new era of fraternal friendship between the UPDF and the armed forces of the CAR has opened in respect to establishment of imminent high hopes of bilateral military relations and cooperation between the Republic of Central Africa and Uganda and in the end reaffirming the secular alliances which have united us for a long time,” he writes.

In May, the UPDF, which has since withdrawn from the Central Africa Republic, held a disengagement ceremony in the town of Obo, where State Minister for Defence, Col (Rtd) Charles Engola, was chief guest.

Chief of Defence Forces, Gen. David Muhoozi, was present and handed over an assortment of medical supplies and an unspecified sum of money to support the local school purchase scholastic materials.

Mr Kolengo, in his note to President Museveni, thanks the UPDF for this gesture, saying it will remain “strong in the memories of our entire population and in the books of the history of the Republic of Central Africa.”

The UPDF has indicated that the LRA is incapacitated and no longer poses a security threat to Uganda. 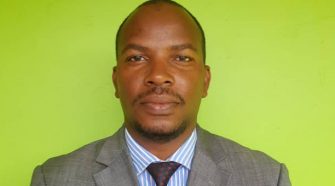 Covid-19 and Employment: What Employers & Business Owners Should Know