La Paroni’s Restaurant has denied claims by popular TV host, Sheilah Gashumba that the restaurant used her image for commercial purposes without her consent.

Sheilah raised dust on Twitter on Wednesday after she threatened to sue La Paroni’s for refusing to delete the photo which was posted on the restaurant’s social media as well as those (social media pages) of other brands; Muchachos, Eventix, and the Snapchat pages of other individuals working under these entities.

She claims she did not give the management permission to post the photo and that sponsoring it (photo) on Facebook and Instagram, passes as an advertisement.

Through her lawyer, Esther Semakula, Sheilah says she intends to use all legal means available to her to get remedies for this breach including filing a civil suit against La Paroni’s, Muchachos, Eventix, and Snapchat pages of other individuals working under these entities.

The lawyer says the photos were only deleted after Sheilah involved law enforcement officers.

In response, La Paroni’s has issued a statement saying  it “will not and does not intend to use Ms Sheilah Gashumba’s picture in any way not in an advertising campaign or print materials nor to promote any specific product”.

“We have worked with hundreds of celebrities both local and international over the months and integrity and respect are at the core of everything we do,” they said.

The Kampala hangout says it has hosted numerous celebrities and that it values every celebrity whether big size or small size, ordinary or not.

La Paroni’s also cited its policy on photography which subjects all guests to consent to photography and video recording which content can be used publicly.

“We offer free photography services for anyone who wants to take a picture with a La Paroni’s background or logo which we or our agents later upload on our social media pages/platforms”.

It also claims it has a policy where the in-house photographer seeks for the patron’s permission before a photo is taken.

“It’s also in public domain, that at our premises we do have a disclaimer that states that ‘by entering our premises, you consent to interviews, photography, audio recording, video recording and its/their release, publication, exhibition or reproduction to be used for news, webcasts, promotional purposes, telecasts advertising, inclusion on websites or any other purposes by La Paroni’s Ltd and its affiliates and representatives’,” the statement reads in part.

La Paroni’s says Sheilah “who alleges we used her photo is a frequent customer at La Paroni’s Choma Point and has graciously supported us even on her social media pages”.

They described her as “the kind of client we are thrilled to engage with on social media and excited to see having a good time at our base”.

However, the statement was silent on why management was adamant to heed to initial requests by Sheilah to deleted her photo from the social media platforms, as she alleges.

We watch the space with fingers crossed to see how this drama unfolds. 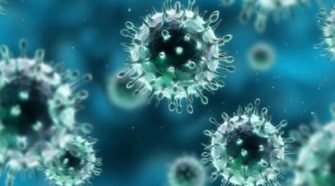