The Youth MP for Western region, Mwine Mpaka has condemned the move by the Parliament Commission to foot the bills for provision of internet and Over The Top (OTT) services tax for MPs’ iPads.

The youthful legislator described the proposal as a disservice and exploitation of tax payers.

On Thursday, the Parliament Commission confirmed that telecom giant, MTN Uganda had been contracted to provide monthly data packages to over 460 members of parliament on their iPads.

The bidding notice indicated that MTN will provide a 5GB monthly bundle at Shs 30, 000 and Shs 6,000 OTT tax for each MP’s device per month meaning that Parliament will spend Shs 36,000 for each MP per month.

Mwine Mpaka in a phone interview with Softpower news today described the proposal of paying for MPs’ monthly data and OTT as a disservice and exploitation of tax payers Money.

He added that some of the MPs are not aware about the proposal from Parliamentary commission.

“Not all of us are using ipads and on top of that not all of us are aware of this OTT that the commission had wanted to be paid. some of us might surprised because as you can remember most of us did not support the OTT tax so there is no way we can accept again to use the tax payers’ money to pay for our own OTT.” explained Mpaka

He says that OTT tax is ‘peanuts’ and so every MP should be able to pay for this tax on his own. The law as passed by Parliament provides that every individual seeking to access social media in Uganda must pay a Shs 200 (USD 0.05) tax daily.

“This is very little money and we as members of Parliament have the capacity to pay this money on our own. We hope those members who are willing to use those iPads should be able to pay for their own OTT,” Mpaka told this news website in a telephone interview.

He also argued that as MPs, they don’t need iPads which acquisition he termed as a wastage of tax payers’ money.

Mpaka however supports the idea of Parliament meeting costs of interner but not the tax on OTT services including social media platforms like WhatsApp, Facebook and Twitter. The tax was introduced in 2018 as a proposal by President Yoweri Museveni and later approved by Cabinet and Parliament.

In the wake of the deal between MTN Uganda and Parliament, the House has received strong criticism from the public accusing them of being self centered. Many have come out to question the rationale of legislators approving a tax that they themselves could not afford  to pay.

“When we are doing government work, there could be no problem providing us with data but on the side of OTT really every Member of Parliament has money to pay for his/her OTT if he is going to use iPads,” Mpaka said.

“But most of us we use our phones, it’s where we receive Parliamentary emails so we don’t need iPads” he explained.

Mpaka says he is ready to challenge this proposal once it is as brought on the floor of Parliament. He also wondered how Parliament ended up contracting MTN Uganda yet originally Airtel Uganda was the service provider.

Mpaka’s views come after the Speaker of Parliament, Rebecca Kadaga equally opposed the decision, saying she is not aware of the MTN deal.

On Thursday, Kadaga said MPs should meet their OTT tax.

“I don’t believe that the public should pay OTT for MPs. I don’t support it and I don’t agree with that decision.” said Kadaga. 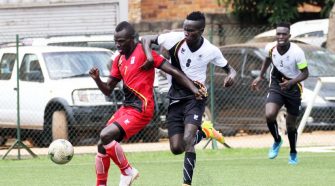