When the coronavirus struck in Wuhan, China in December 2019, the whole thing sounded so distant. Local media made the pandemic seem like one of those Australian or South Pacific cyclones – too distant and farfetched!

Folks even argued that the virus would not cross to sub-Saharan Africa because of the type of (warm) climate.  All these were myths.  When Uganda registered its first case in March, Covid-19 became ‘halfway real’. A local pastor had even pronounced Covid-19 as a hoax. He was not alone. A couple of months later, with higher infections, some human beings with flesh and blood still think that Covid-19 is just another prank in Uganda. Why do they think that way? Because no body has died of Covid-19! Very poor reasoning!

Like coronavirus was, a few months back, the racism discourse alongside the ‘black lives matter’ protests happening in the USA and parts of Europe seem distant from Uganda, but they are not.  In Uganda, racism may be more imbedded than you imagine.  Behind the closed doors of those sophisticated multi-race offices lies institutionalized racialism.  For many blacks, it is a daily experience of deeply rooted discrimination. Many times (if not all the time), that reality is unspoken about.  Victims have to make tough choices: to speak about their plight and lose their job or to suffer in silence and keep their source of livelihood. Many times, staff will elect the latter. Racism is structural, systemic, deeply entrenched and cutting across classes.

Late last year (December 4, 2019), I attended a two-day symposium around Kampala where all the resource persons were black Africans.  Just before the conference begun on the first day, a white acquaintance of Irish origin asked if I was expecting any new knowledge given that all the facilitators were ‘blacks’.  Just before I could respond, he went ahead to convey his rash opinion, “I have wasted my time coming here; I don’t expect anything worthy from African resource persons. I will sit in for the start and leave during the first break”.  As he showed-off his discomfort, I probed why he thought that way about ‘African’ resource persons, and his answer was simple; “because they are African”.  Incensed is what stroked me at that moment. But I retorted with, “you may be surprised about the wealth of insights that each of those facilitators brings”.  Totally disgusted, I sought to change the conversation to something else, something to do with matooke and groundnut paste. My colleague’s opinion was a mere rude re-affirmation that racism has gradually been normalized in demeanor at home and away.

In Uganda like in many parts of the world, racism remains present, manifesting itself through either subtle or pronounced practices, language and attitudes especially in the multi-race work places.  Racist, snide remarks go unchecked and more often than not, they pass as typical puns. Blatant and concealed condescending practices are the order of the day in those offices. Race-based marginalization and emasculating exclusion continue unbridled.  I know of so-called ‘international’ institutions that insist on recruiting and retaining personnel that have studied in Western universities. Sadly, in those organisations, even remuneration and reward are determined based on skin colour and not level of effort, intellect or time. Black (senior) staff are denigrated, while non-black personnel are dignified – regardless of their level. Those who rise to fight for dignity are accused of bias; they are maligned and are quickly put down. Victims are enervated and racists are emboldened.  The issue of racism is one we mustn’t be neutral about.

We must evolve.  Respect for black life must be injected into the post Covid-19 world.  In fact, there’s no reason why (white) colonial symbols and regalia remain signs of power in Parliament and in Courts of Law in many former colonies.  There’s no reason why our schools’ uniforms should be knit to resemble those in the western hemisphere. Why can’t our school uniforms reflect the African diversity and cultures? Why is African wear by Members of Parliament considered informal? Why don’t we refer to African or black history when looking for positive examples of social cohesion, community security, development, gender parity etc? All these are intended to denigrate black’ culture and values from the epicenter of our way of life.

It is in line with this background that I challenge institutions to put in place and (most importantly) implement specific policy (or policies) on racial discrimination at work places. I challenge all arms of Government to institutionalize explicit frameworks and instruments to combat racial discrimination. I challenge government and partners to launch specific initiatives to reinvigorate citizens’ sense of social identity. Government has a solid Launchpad to do this. Covid-19 has been a great equalizer.  Broadly, it has given African nations the opportunity to strengthen local production/content for the safety and security of families, communities and nations.  And yes, that opportunity must be usefully seized.

We (all) ought to work towards a society where we feel comfortable to work and live.  Not all white persons are racists! Black lives matter! But most importantly, all lives matter!

The Writer is a Social-political Commentator. 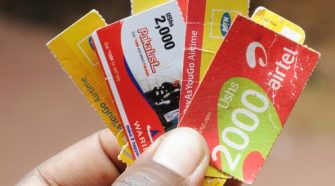 Dealers, Individuals with Invalid Airtime Scratch Cards to be Refunded