Police has issued a stern warning to those intending to take shortcuts in the forthcoming nationwide recruitment of Probational Police Constables and Assistant Inspectors of Police, saying it will not be allowed.

Police is set to recruit at least 4,500 Probational Police Constables and 500 Assistant Inspectors of Police from across the country beginning August 4.

Eligible candidates are those aged between 18 and 25 years and citizens of Uganda and must possess good conduct, they must be fit, good communicators and ready to undertake basic training of 12 months.

On Monday, the Police spokesperson, CP Fred Enanga said at a news conference that the 25 recruiting teams will be flagged off by the IGP Okoth Ochola this week. The process of recruitment will last seven days.

He explained that the recruitment is in line with human resource development so as to police a crime-free society.

“Quality service delivery is directly linked to the quality of personnel who are recruited. Therefore the process of attracting potential recruits is going to be thorough, rigorous and complex”.

“It’s not just the large number of candidates who submit applications”.

He then cautioned against elements who intend to use irregular means to find their way into the system.

“The Police is an equal opportunities employer. The process is by rule and merit. There is no business of saying ‘I have a relative who should influence for me this recruitment’,” he said.

“Those who think they are going to give bribes or attempt to influence the process it through politicians, unscrupulous people intermediary agents or police officers should know that that is not allowed”.

Any such persons found to be giving such false promises should be reported to authorities and they will be apprehended, he said.

He also asked the other anti-corruption agencies to interest themselves in this recruitment exercise and deploy counter-surveillance mechanisms.

A similar caution was recently made by the Chief Political Commissar, AIGP Asan Kasingye. He said he had got a request from an individual who wanted assistance from him (Kasingye) for his son to be assisted.

He Just called me to say, “i know Police recruitment teams will want money to recruit my son, line will be long so assist me”. All he wanted was me to call them. I said NO. Please our teams are professional, patient & not corrupt. Have requirements(as per advert)& be recruited.

Requirements for those applying to be Probational Police Constables include a Uganda Certificate of education (UCE) certificate with at least 5 credit points including English and Mathematics.

In the case of Assistant Inspector of Police, candidates must possess Diplomas in relevant science fields such as Clinical Medicine and Community Health, Environmental Health Science, Public Health Dentistry, Orthopedic Clinical Medicine, Mechanical Engineering and Automotive Engineering among others.

These will be under ICT, Forensics and Health Services departments of Police. 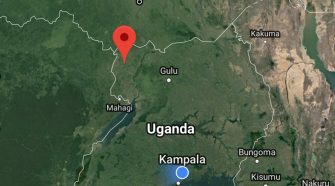 Cabinet Okays Creation of Terego District Out of Arua