The World Food Programme (WFP) has said it will scale up distribution of the Super Cereal Plus, as a nutrition supplement that is produced in Rwanda, as an alternative for food relief after another food product allegedly caused food poisoning in Karamoja sub-region.

Three people have died and a total of 262 people have been affected since March 12, with symptoms of mental confusion, vomiting, headache, high fever and abdominal pain.

It is suspected that the illness and subsequent deaths occurred after the victims consumed relief food (Super Cereal) distributed by WFP in Uganda to prevent malnutrition.

The three people died, allegedly after eating the said food.

On Thursday, WFP commented on reports that the Super Cereal food product which is now subject to investigation was produced in Rwanda, denying that it is.

While the WFP East Africa regional spokesperson, Peter Smerdon does not refute the fact that Rwandan produced food is among the relief supplies distributed in Uganda, he said the product by the Rwandan company is instead Super Cereal Plus and that this particular product has not been suspended.

In fact, the UN agency says it is increasing the distribution of Super Cereal Plus in the 13 refugee hosting districts in Uganda.

This, he said, is to ensure that people who previously received Super Cereal will not suffer because of its suspension pending the findings of tests by the Ministry of Health, WFP and independent testing services.

“WFP’s Super Cereal distributed in Karamoja in March and suspended as a precautionary measure by WFP pending the results of tests following outbreaks of sickness in two out of Karamoja’s eight districts was not produced in Rwanda,” Smerdon told SoftPower News.

He added that: “All possible causes of the suffering of the people are being investigated but they do not include Super Cereal Plus”.

Smerdon said ‘Super Cereal Plus’ is a different product to “fight or protect people against malnutrition.”

“It is distributed in Uganda by WFP and is produced by Africa Improved Foods in Rwanda while the batch of Super Cereal being tested was produced by a company in Turkey,” he told this news website on Thursday.

WFP says there are no concerns about the effectiveness of Super Cereal Plus and it is not being investigated because, “there is no link to distribution of Super Cereal that may or may not be linked to the sickness in Karamoja.”

According to the government owned Newspaper published today Thursday 21, the company in Turkey was earlier not recommended to supply the food to World Food Programme.

“While the Super Cereal food supplied by WFP to Karamoja was from Turkey, New Vision has seen a UNICEF brief that recommended to WFP to procure from only three suppliers -CER.FAR Italy, Insta (Kenya) and MSI (Germany). Thr Turkish company was not among those recommended,” wrote New Vision.

WFP spokesperson has not made a comment on this.

Several Ugandans have taken to social media wondering why WFP does not buy cereals from Uganda citing the price of maize which sometimes goes as low as Shs 200 to Shs 300.

When SoftPower News put this concern to the UN agency, they did not comment.

Teenager Left to Fend For Siblings As Parents Are Remanded 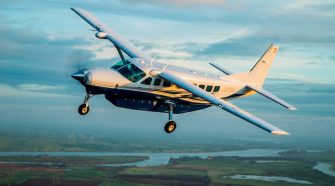