A whistlerblower said to be an employee of the Inspectorate of Government has petitioned the head of the State House Anti-corruption Unit, Lt Col Edith Nakalema over gross bribery within the IGG’s office calling for sacking of Inspector General of Government (IGG), Irene Mulyagonja.

According to the letter that was received by the State House Anti-corruption Unit on March 3, 2019, the petitioners urges Col. Nakalema to immediately carry on the relevant investigations before the worse becomes to worst.

The petitioner alleges that the Inspectorate of Government requires new leadership as soon as possible since the current management besides Mariam F. Wangadya “are already operating like they have left and do not care on the issues of the staff”.

“We beg the President to force her (Mulyagonja) resignation if possible since allegations of bribery among IG staff are real, this is because the environment at the IG is that of every man for himself,” the petitioner write.

They revealed that everything is wrong at the Inspectorate from formation of work plan for the budget, to procurement of a service provider for construction of IG headquarters, to training of Staff to handling complaints and also prosecution.

“Without mentioning names, some staff are currently receiving bribes of cases not registered from accused persons, bribes going as high as Shs 350,000,000 per allegations which partly explains why the IG is not performing.”

The petitioner as well noted that a number of staff especially those operating in regional offices across the country who allegedly were handed letters of assignment as care takers to fill and serve in positions of Regional Inspectorate Officers since 2015.

The whistleblower claims these officers were promised to be confirmed in the positions after six months but to date, they have never been confirmed.

“After one year of serving in these positions, the officers requested to be confirmed, however, they were told the institution had maxed out the wage bill, so confirmations could not be made. Management later added that since these officers were ‘just’ care taking, they did not qualify to be confirmed in appointment,” the letter reads.

The whistleblower added that there are many officers acting in the position of Deputy Regional Inspectorate Officers but have not been confirmed in their positions for years.

The petitioner has as well called on Nakalema to halt the ongoing irregular recruitment of new staff.

“The Secretary to the Inspectorate of Government, Rose N. Kafeero together with other members of the board and management have handpicked, interviewed and are yet to issue appointments to new Inspectorate Officers without following the normal recruitment procedure set out by the Internal Human Resource Policy of 2017 or the Public Service Standing Orders, 2010.”

“The main issue of contention here is the irregularity in the procedure of recruitment and also the hypocrisy of management to say they have maxed out the wage bill yet so many staff have resigned others retired and they now intend to use the funds available to fill positions yet they could have used to internal advert so that those who qualify can compete for these confirmations/ appointments”. 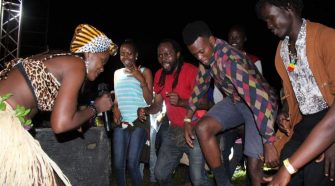 PICTORIAL: What you Missed at this Year’s Bayimba Festival in Lunkulu