The World Health Organization (WHO) together with the Irish government have donated two vehicles to the government of Uganda to aid the coordination and support activities in fighting Ebola.

The vehicles were handed over on Friday by the WHO Representative for Uganda, Yonas Tegegn Woldemariam and a representative from the Irish embassy. They were received by the Minister of Health, Dr Jane Ruth Aceng.

“In thhe interest of containing the Ebola outbreak in Uganda, today, with support from @IrlEmbUganda, we’ve handed over two vehicles to support Ebola activities,” WHO in Uganda tweeted.

“This is an addition to the ten motorcycles that we recently handed over”.

The WHO Representative to Uganda said the vehicles will support logistics, surveillance and any other component of the response.

The donation comes days after Uganda’s Ministry of Health together with WHO confirmed an outbreak of Ebola in the western district of Kasese, Uganda. So far, three people who had tested positive of Ebola have died.

Minister Aceng commended WHO and the Irish embassy for the donation. She said the multipurpose vehicles will strengthen surveillance and logistics during the current Ebola outbreak in Kasese district.

In May, WHO and the Irish embassy donated  10 motorcycles to enhance the surveillance and community engagement pillars in Ebola Virus Disease (EVD) preparedness activities in Uganda.

The motorcycles will enable district  officers to mentor health staff at the health facilities and in the communities on the identification of alerts or suspected EVD cases,  conduct prompt investigations and raise community index of suspicion for EVD.

The motorcycles will be deployed in the 8 high risk districts bordering the Democratic Republic of Congo (DRC). The districts are: Bundibugyo, Bunyangabu, Kanungu, Kasese, Kisoro, Kanunugu, Kabarole and Packwach.

While handing over the motorcycles, Dr. Yonas Tegegn Woldemariam lauded the government of Uganda for the excellent coordination of a comprehensive preparedness exercise and sustained implementation of a robust package of interventions in the high risk districts.

“As we handover the motorcycles, we need to acknowledge the enormous needs for mobility of responders in the districts to quickly cover up the communities with public health actions that reduce their vulnerability to EVD” Dr. Yonas added.

Meanwhile ring vaccination against Ebola Virus Disease has started in Kasese district. Contacts of the confirmed Ebola cases and non-vaccinated frontline health and other workers will be vaccinated.

The vaccination is in a bid to contain the Ebola outbreak in Uganda, the Ministry of Health said. 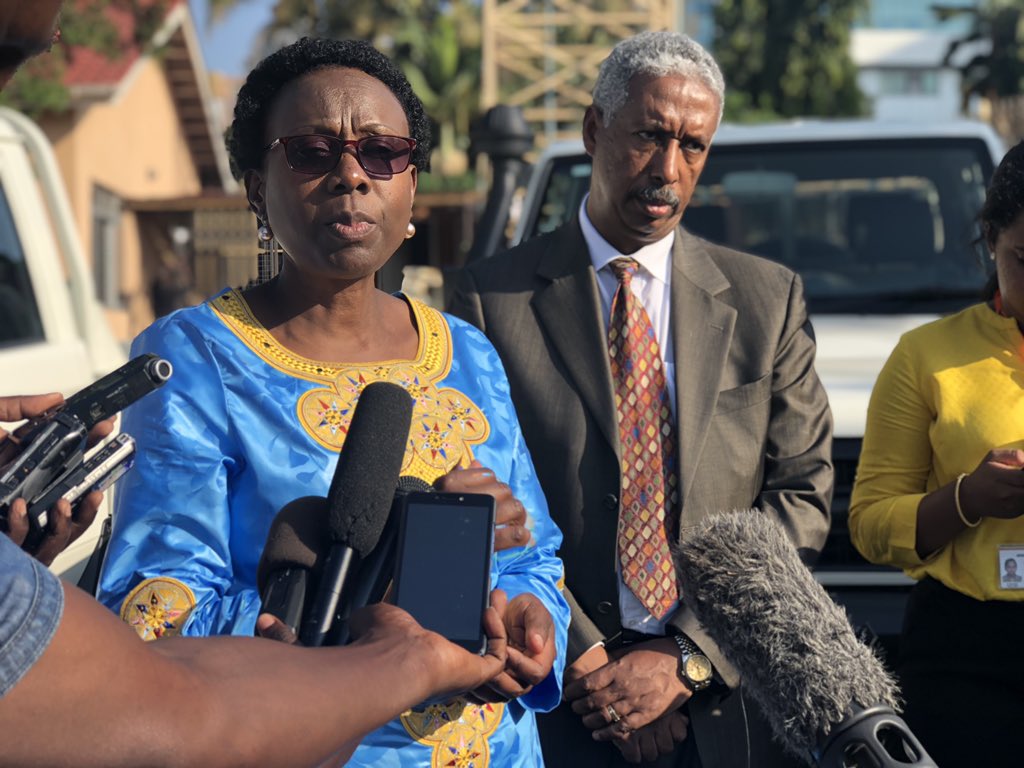 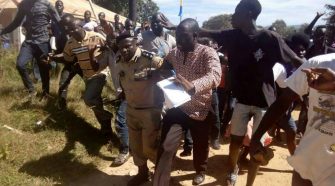