Andrew Kabuura has on Monday 20 July, turned up for the NTV Press Box show in a dress.

During one of their shows, Kabuura and co-host Joel Khamadi made a bet on Manchester United Vs Chelsea FA Cup fixture, where Chelsea went on to beat Man United 3-1 leaving Kabuura, with no option but to present in a dress.

“Folks, Man Utd v Chelsea at 8pm. Andrew Kabuura and Joel Khamadi made a bet. If United win, Joel will wear a vest on the show. Should Chelsea win, Andrew will wear a dress,” a tweet from NTV Press Box read.

Befoere Monday’s show, Kabuura said he made a mistake to trust the Ole Gunner Soalsjer coached side.

“I obviously made a mistake. But we move!, Eno ensi tenemazamu. #NTVPressbox tonight. 10pm,” he tweeted.

Kabuura’s colleagues took to socal media to warn him never to bet on “small and weak teams” in future.

“The lesson here is to never bet on small teams My colleague @andrewkabuura lost a bet that landed him into a dress for the entire show,” Kabuura’s colleague at NTV Raymond Mujuni tweeted.

“Oh God! Riyale @ntvuganda what did we do to deserve this?This is the worst thing I have seen on TV. @andrewkabuura in a dress looks like a poor man’s version of Amanda, of Amanda’s Angels,” fellow journalist Patrick Kanyomozi tweeted.

“I like Andrew. A sports journalist that loves his club so passionately. He doesn’t pretend in the interest of journalism. I loved his tweet. “The world vs Man U”. At the end of the game,  what was that? He literally teaches us how to tolerate each other despite club differences,” Police Political Commissar Asan Kasingye tweeted. 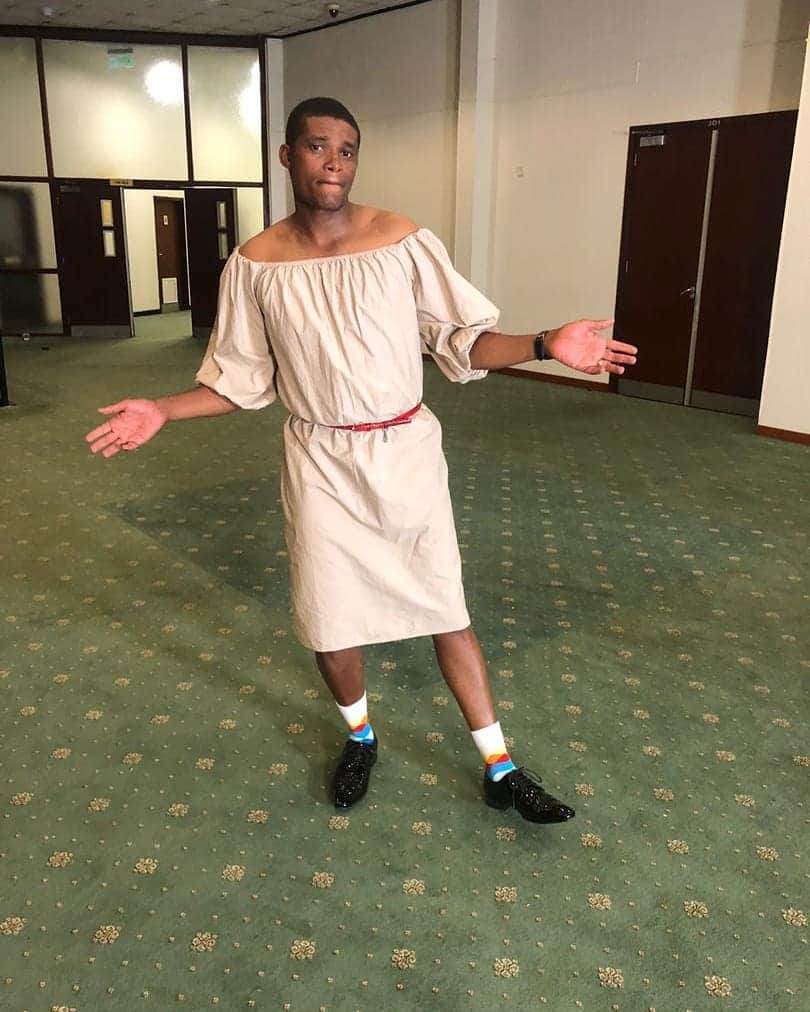 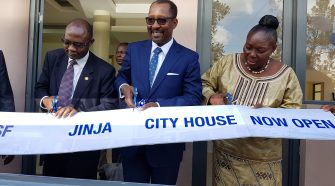