Akuze has also apologized to Kadaga for tarnishing her public image and reputation.

In his civil suit, Akuze claimed that the Speaker procured the charm 29 years ago and that the witch doctor has consistently invoked the spirits to propel and keep her in the office of the Speaker.

In a statement days later, the Clerk to Parliament, Jane Kibirige regarded the claims made by the traditional healer as “a figment of the mind” and “laughable” as well as describing the claims as fraudulent.

Read More: Parliament Dismisses Witchcraft Allegations Against Kadaga as “Mischief by Her Detractors”

On Thursday, Akuze penned down an apology saying he “wholeheartedly apologise for my unreasonable action of filing a baseless case against you.”

“I also regret that the said case has tarnished your good honoured reputation that you have earned for a long period of time serving this country and the world as a whole in different capacities,” he wrote.

He says he was not influenced by any person and vowed never to falsely accuse Kadaga again before adding that: “I take responsibility for my unreasonable action and I really regret the same.”

The traditional healer has as well filed a notice of withdrawal of the suit in the High Court, saying he has “voluntarily without any duress and coercion reconsidered my position and wholeheartedly withdraw the same against the defendant (Rebecca Kadaga).” 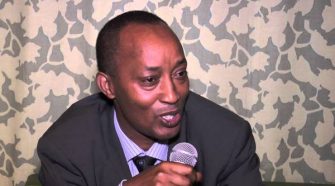