Health officials in Uganda have said the cases of coronavirus in Uganda could have potentially peaked over 18,000 with 566 deaths by end of April if government had not undertaken the latest restrictive measures including lockdown to ensure social distancing.

This was revealed by Health Minister, Dr Jane Ruth Aceng on Thursday as she quoted figures generated from modeling that informed Uganda’s response.

Uganda has so far reported 44 cases that are positive for COVID-19 with no single death.

In making a case for the lockdown which was declared by President Yoweri Museveni this week, the Minister said this was meant to suppress transmission by reducing the number of people undetected yet positive in the community.

She said that in countries like South Korea and Japan, extreme social distancing (lockdown) has proven to be an effective intervention to interrupt transmission and keep uninfected members of the society healthy.

“Without any lockdown or social distancing measures, the epidemic will get out of hand,” Dr Jane Ruth Aceng warned.

“From the modeling so far, Uganda will get 18,878 cases at a 3 percent fatality rate (566.34 deaths) by April 31. This is unbearable for our already constrained health system and something had to be done immediately”.

The use of infectious disease modeling to support public health decision making, has increased in prominence in the past decade.

It has been used in the responses to several major outbreaks, from severe acute respiratory syndrome (SARS) in 2003, to H1N1 influenza in 2009, to the 2 most recent Ebola outbreaks in West Africa (2014-2016) and the Democratic Republic of the Congo (2018).

According to Minister Aceng, the Ugandan government must use the period of lockdown to rapidly find and test suspected cases of COVID-19. This will be done through tracing all travelers who entered Uganda starting March 7 to March 22, test them and isolate them.

The goal is to ensure that each confirmed case infects less than one person on average.

This level of transmission, according to science, interrupts the growth of the epidemic, a notion that is now being referred to as “flattening the curve”.

Uganda will use the 14-day lockdown to reverse the epidemic growth to halt secondary transmissions from those yet undetected cases in the community but also to enable their eventual discovery as they develop symptoms.

Aceng says that though painful and undesirable, lockdowns have been seen to work, citing the trends of the pandemic in Wuhan city (China) where the virus originated at the end of last year.

WHO Country Representative in Uganda, Dr Yonas Tegen says given its nature as a new disease, COVID-19 has challenged scientists and sociologists to come up with results.

“On modeling, currently, there are debates on which modeling to use. For example, a study in the U.K modeled that the whole population over time gets infected, what will be mortalities? That’s one option,” Dr Tegegn said.

“The other (approach to modeling) is looking into doubling of diseases. And that is the model where there are no public health measures. That’s what we used in Uganda. If there is no distancing or hygienic practice by the population, in one month, we can expect the doubling of the disease to reach 18,000”.

On how long Uganda’s lockdown will last, Prof Rhoda Wanyenze, the Dean of Makerere University School of Public Health explains that this is difficult to determine at the moment.

“When we delay to lockdown, then we get into a very wide network of community transmission, we lose the advantage. And we have seen this in countries where there was a delay to lockdown and then when they eventually do it, they lockdown people who are already infected in households,” Dr Wanyenze said.

She says infection within the household setting is more efficient. “That’s why you see even after lock down, numbers flaring up in some countries, because it’s done late”.

The lockdown, she says, gives the health care system an opportunity to prepare for when numbers grow.

“We have to work on the assumption that eventually, some cases out there may elude us and that the numbers will grow. We haven’t seen any country where we don’t have any cases at all. In China, after the initial suppression, most of the cases have ben imported cases,” she added.

She also hinted on a possibility of an extension of a lockdown as has been the case in other countries. The duration of the lockdown will be determined by the dynamics in community transmission and preparedness to manage the positive cases, she said.

In the U.S. where cases are now at over 216,000 with over 5,000 deaths, government scientists battling the coronavirus estimated Tuesday that the deadly pathogen could kill between 100,000 and 240,000 Americans, in spite of the social distancing measures that have closed schools, banned large gatherings, limited travel and forced people to stay in their homes.

The shocking figures aren’t a guess or worst-case scenario but come from a group of  widely respected scientists whose models all assume that serious social- distancing measures are in place.

They paint a grim picture, but it’s important to remember they are still only projections, and can change based on actions taken now.

According to task force experts Dr. Deborah Birx and Dr. Anthony Fauci, it’s not too late to reduce mortality and ease pressure on hospitals — if Americans commit to keeping apart.

The University of Washington model assumes much more rigorous lockdown measures will be broadly implemented soon, predicts a mean death toll of around 94,000. 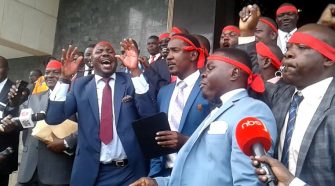