The Third Deputy Chairperson of the Women Caucus at the Pan African Parliament, Anifa Kawooya, has called for the follow up and implementation of the numerous laws and resolutions passed by national assemblies and conferences that are geared towards the respect of women’s rights.

Kawooya made the call while speaking at the 12th Pan African Parliament Women Conference held in Midrand, South Africa.

The conference is being held under the theme; ‘2019, the year of refugees, returnees and internally displaced persons: towards durable solutions to forced displacement in Africa’.

She noted that several resolutions adopted at the end of conferences are meant to improve the lives of women in Africa.

“We have many nice laws about women in most countries in Africa, like Rwanda, Ethiopia and Uganda is also following them. We have spoken and now should start acting,” she said.

The deliberations during the session were focused on women’s rights, strategies for the implementation of the policies, particularly the Maputo Protocol, as well as the situation of women refugees, returnees and internally displaced persons.

Kawooya decried the lack of government commitment and political will, which are required to advance the rights of women.

The conference, held annually during the October session of the Pan African Parliament, brings together women legislators and individuals from the civil society mostly involved in promotion of women rights.

Budaka district Woman MP, Pamela Kamugo appealed to governments and parliaments to pass relevant laws that protect women’s rights including laws on marriage, succession, and ownership of property like land.

“Some countries have not passed women’s rights laws. In Uganda we are still struggling with passing the succession law,” she said. 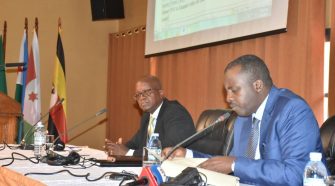