As this year’s Women’s Day draws close, government has said the national celebrations will focus on women’s social protection so as to address risks like income insecurity that women in Uganda continue to be exposed to.

International Women’s Day is commemorated on March 8 every year and is dedicated to taking stock of the progress made towards achieving women’s full and equal dignity as well as protection and promotion of women’s rights in all spheres of life.

While addressing reporters in Kampala on Wednesday, State Minister for Gender and Cultural Affairs, Peace Mutuuzo said “on this day, we also recommit ourselves to further actions towards attainment of women’s empowerment”.

President Yoweri Museveni is expected to preside over the national celebrations to be held at Rwimi Primary School playground in Bunyangabu district on March 8.

The theme for Uganda is “Empowering Women through Innovative Approaches to Social Protection: A Pre-requisite for Inclusive and Sustainable Development”.

Minister Mutuuzo said the theme recognizes the importance of providing social protection to women with the aim of minimizing their vulnerability, building their potential through innovative approaches so that they contribute to and benefit from the development process.

In the Ugandan context, social protection refers to public and private interventions to address risks and vulnerabilities that expose individuals to income insecurity and social deprivation, leading to undignified lives.

“In Uganda, women and girls are in great need of social protection given the critical role they play in ensuring the sustainability of households, improved livelihoods and overall wellbeing of the community,” the Minister said.

As such, she revealed that government has been implementing numerous programs to support women’s participation and advancement.

UWEP which was launched four years ago seeks to promote women’s access to affordable credit markets and entrepreneurship skills. Todate, the program has financed 8,247 projects with a total of 103,770 women beneficiaries, said the Minister.

She said “UWEP stands out as a major breakthrough in addressing the livelihood needs of marginalized and vulnerable women in Uganda”.

In additional female youths have benefitted from the Youth Livelihood Programme. Out of the total 216,366 youths to whom direct financial capital has been availed, 46 percent are female.

The SAGE programme that provides monthly cash transfers to senior citizens had by January this year enrolled 157,493 beneficiaries, 94,544 of whom are women.

That notwithstanding, the Minister cited challenges hindering the realization of women’s social protection, including the fact that communities no longer engage in protection of the vulnerable groups due to adoption of nuclear system of families and the deepening economic situation.

“This has resulted into increased number of children living on streets, abandonment of older persons in rural areas especially women, grabbing of productive assets from widows and high school dropout rates of orphans and other children due to lack of support”.

She added that coverage of social protection interventions is still minimal considering the ever-increasing number of vulnerable groups in the country.

Also, women still have limited access to market for their products due to their limited exposure based on the gender inequalities between men and women. 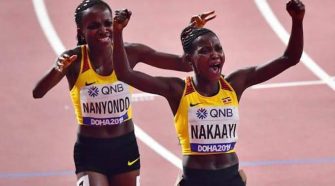