UPDF Chief of Defence Forces, Gen David Muhoozi has asked all troop contributing countries currently deployed in Somalia to make efforts to ensure that peace in the Horn of Africa is sustained even after the AMISOM operations.

The CDF said that the security of Somalia lies with the Somalis despite the temporary engagement of other foreign armed forces in Somalia against the Al-Shabaab terror threats.

Muhoozi was Wednesday officiating at the meeting of Chiefs of Defence Forces of Troop Contributing Countries (TCCs) to the AMISOM held at Speke Resort Munyonyo.

He clarified that the existence of AMISOM in Somalia is not forever and called upon other international partners to work together with TCCs to the AMISOM in building a strong and dependable Federal Government of Somalia (FGS).

He used the meeting to remind Troop Contributing Countries to work collectively to come up with strategies that can stabilize Somalia for peace and development to prevail. He said that the success of the mission as a whole depends on the individual efforts made by troops from each of the supporting countries.

Muhoozi said that despite the increased challenges that the mission is faced with, it has registered enormous successes towards the peace keeping agenda.

He for example noted that there has been a reduction in the attacks that the terrorists have mounted on both civilians and the peace keeping force.

The CDF however highlighted some of the challenges including; limited funding, force enablers, troops on ground and building capacity of the Somalia National Army (SNA).

The meeting in Munyonyo is aimed at coming up with solutions to the challenges as well as discussing the post AMISOM era.

“The meeting is as well aimed at how AMISOM comes up with solutions to secure success of the mission that has so far been achieved,” the CDF said.

Uganda has been contributing armed forces towards the peacekeeping mission in Somalia which began 11 years ago.

AMISOM which is operated by the African Union is mandated to support transitional governmental structures, implement a national security plan, train the Somali security forces, and to assist in creating a secure environment for the delivery of humanitarian aid. 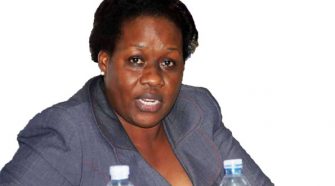