In an unprecedented declaration, Sam Lyomoki who represents workers in Parliament has announced that he will run for President come 2021.

Lyomoki told journalists at Parliament on Friday that he intends to contest against President Yoweri Museveni whom he accuses of failing to address the cancer of corruption over the last 30 years.

The legislator who was last year vocally in support of the strike by medical doctors was also opposed to the move by Preaident Museveni and the ruling NRM to remove the Presidential age caps from the Constitution.

He revealed to the press that he has already been assured of support of some 27 MPs in the NRM. Ironically, he sat alone as he addressed the media.

As part of his agenda, Lyomoki promised to improve education, agriculture and health.

“We shall come up with a very health system, agriculture and education; everyone shall be entitled to a business so Ugandans should be ready to start building to be ready to take back their power in the next 3 to 12 years,” Lyomoki told the press.

Meanwhile, he has reached out to the opposition asking that they join the struggle to offer what he called credible leadership to Ugandans.

“We have asked the opposition to join the third force which is really the core of NRM MPs and the opposition. There are very many people who are very close to the president but they are behind us in this struggle.”

He said that incumbent President Museveni has some less to fight corruption and instead consolidated himself in power through abusing the independence of institutions of government.

Last year, Lyomoki filed a motion to move a Private Members Bill that seeks to offer immunity to President Museveni so to allow for a smooth power transition. 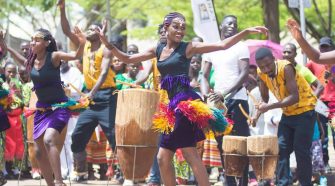