World Bank has called for scrapping of over-the-top tax (OTT).

The organisation, a big lender to Uganda, argues  that the move could boost access to covid-19 prevention messages for the vulnerable populations.

In its Uganda Economic Update 2020 report, the World Bank says that the tax has not achieved its intended objective because “the it is difficult to collect and easy to bypass by more technically-savvy users.”

It adds that the social media tax is instead reducing “the proportion of internet users and widening tdigital and income inequality and should be re-evaluated”.

In 2018, the government imposed a 200 shillings daily over -the-top- tax. The tax was expected to raise at least 284 billion shillings in 2018/19 financial year. The government was only able to collect 49.5 billion shillings with majority social media enthusiasts preferring to use Virtual Private Networks (VPN) to bypass the tax.

Some of those who could not use VPN simply avoided social media platforms.

However, with the country facing the covid-19 pandemic and government’s decision that campaigns for 2021 general elections be done virtually, by candidates making use of either traditional or social media, removal of OTT would ensure wider accessibility.

“Removing the social media tax would contribute positively to the COVID-19 crisis response and encourage the use of the internet and digital technology in Uganda,” the World Bank says.

“The availability of digital services such as online shopping, food delivery, social media, instant messaging and online entertainment allows people in self-isolation to remain connected and socially and economically active while at home.”

It added that “governments can promote affordability by removing taxes and levies applied to specific digital platforms and services, thereby reducing transaction costs and supporting telecommunication companies in lowering prices for services that are needed during the crisis. In the long run, this is also likely to broaden the tax base.”

Meanwhile, the Bank also says there is a need to reduce taxes imposed on mobile money services.

Even if the taxes were removed, mobile money services would still contribute to the tax base through the 10 percent excise duty on mobile money transaction fees introduced in the 2013/14 budget year, the World Bank argues.

According to the World Bank, this would generate an average 6 percent of total excise duty revenues.

“The continued imposition of the mobile money withdrawal tax could slow the achievement of key priorities including greater financial inclusion, promotion and adoption of digital payments and reducing the use of cash during the pandemic,” it says. 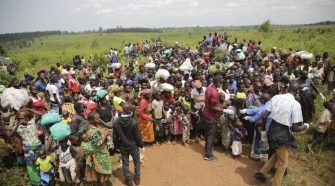