Uganda will have to consider widening its tax base by tapping into areas that are outside the tax net in order to further support development and boost the economy, the World Bank has advised in its annual Economic Update.

This is what informed the assessment on the status of economy in the 11th Uganda Economic Update launched yesterday.

The assessment recommends applying tax instruments correctly and fairly; improving efficiency, transparency and accountability in tax administration; and delivering better public services as a way of adding to the revenue mobilized.

The improvement in performance, following two years of sluggish growth, is driven by agriculture and the services sectors.

The agricultural sector, which accounts for 25% of GDP, grew by 6.3%, up from a decline of 1.9% in the previous year, due to good weather and pest control.

Growth of services, 47% of GDP, more than doubled to 8.8% growth, and industry, 20% of GDP, accelerated to 6.4%. Low inflation, down to 2 percent by March 2018, and a relatively stable exchange rate, supported further easing of monetary policy.

As a result, growth of private sector borrowing increased by 5.5% in the first eight months of FY 2017/18, despite the high costs of credit. Good weather and government investments in energy, roads and other oil-related infrastructure will be key to sustaining this growth outlook.

But the World Bank report notes that Uganda’s tax to GDP ratio currently at 14%, remains far lower than what could be realized if innovative measures are undertaken.

“Tax avoidance and evasion, partly resulting from generous tax exemptions to investors, weak tax administration, and a large informal sector (now at 80 percent), pose challenges to increasing revenues. Up to 5% of GDP is lost annually in tax leakages,” World Bank Uganda noted in a statement after the launch.

It adds that personal income tax contributes roughly 18% of GDP compared to up to 40% in developed countries. VAT collections amount to 4 percent of GDP, but would rise to 6 percent if there were no exemptions.

The report further recommends strengthening the capacity of tax institutions, particularly the Uganda Revenue Authority, as well as local governments to enhance own source revenue.

Raising awareness of citizen tax obligations and tax spending would lead to greater accountability and improve tax compliance. But this will not happen unless government enhances the transparency of revenue mobilization and improves public sector service delivery. 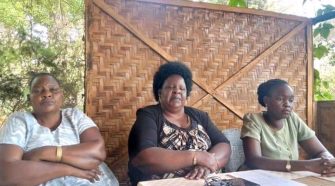