As Uganda marks World Chimpanzee Day today, the Chimpanzee Sanctuary & Wildlife Conservation Trust (Chimpanzee Trust) says a lot has been achieved in line with habitat (for chimps) restoration as well as improving livelihoods of people affected by human-wildlife conflict.

World Chimpanzee Day is a celebration of chimpanzee and an opportunity to raise awareness about the needs of the worldwide participant in their care, protection, and conservation in the wild and captivity.

The Chimpanzee Trust says this year’s event seeks to raise awareness about threats the chimpanzees face in the wild including habitat loss, diseases, wildlife trafficking &promote their proper care in captive situations.

Kibale forest national park alone has over 1,450 chimpanzees out of the 5,000 chimps estimated to be in Uganda. The population (in Kibale) could have exceeded 2,000 following a 2019 survey whose findings are not yet published.

Ngamba island on Lake Victoria is home to about 50 chimpanzees.

As such the Trust has been involved in programs aimed at conserving the chimpanzee habitats to mitigate the Human-Wildlife Conflict along the Albertine Rift.

According to Dr. Joshua Rukundo; Chimpanzee Trust is in its third year of implementing the Community Adaptaiblity to loss occassioned by Wildlife project.

The project funded by UK’s Darwin Initiatives program is equipping the communities most affected by Human-Wildlife Conflict (HWC) with skills and tools to develop their own solutions to the mitigation of such conflict to the benefit of both species.

Some 32 villages surrounding the vulnerable Bugoma Central Forest Reserve, home to over 650 chimpanzees and a host other indigenous flora and fauna, have been targeted by the project.

Communities will be empowered to set up agro-enterprises resilient to the effects of wildlife, and build reserves, in organized community-based farmer groups, to sell their produce collectively, add value, and cover losses that may be occasioned by wildlife.

A total of 256 village farmer groups have been formed and 384 leaders from these groups have been trained in the establishment and management of Village Saving Groups (VSGs) under the project. VSGs help build community networks that discuss their problems and devise their solutions. The groups meet weekly and contribute shares to the saving groups.

The majority of households in western Uganda rely on agriculture as their primary livelihood occupation, of which 79% carry out subsistence agriculture. As such, Chimpanzee Trust has distributed planting seed and seedlings for non-palatable crops like Soybean, Ginger, Irish potatoes and Onions. Additionally, live fencing seedlings (Kie Apple), have been given to farmers affected by human wild conflicts in 10  villages, as pilot physical barries.

Over 183 farmers are beneficiaries of the project through growing of the non-palatable crop. The Chimpanzee Trust in partnership with other partners has created market linkages for all the enterprises for the project.

With support from United Nations High Commissioner for Refugees (UNHCR) Uganda Country Office (Environment Department) and National Forestry Authority (NFA) Hoima Sector Office, the Chimpanzee Trust was endowed with 50,000 seedlings, of indigenous species, for distribution to its partner farmers in this project area.

In addition, the Trust through its education program has embraced the production of radio drama as an efficient and effective means of increasing the awareness of the public and specifically the communities living close to wildlife, on the importance of the wildlife and the environment in which they live.

Additionally, new conservation education materials like the children’s reading book with stories on adaptation, avoidance, and mitigation of Human-Wildlife Conflicts have been distributed to students ages 7 to 13 years.

Chimpanzees are of significant economic value to Uganda’s tourism, earning the country the much needed foreign revenue.

On average, 50 people track the chimpanzees in Kibale national park daily. Foreigners part with USD 150 (Shs 570,000) which translates into Shs 28.5m daily revenue earned by the park, only for chimp tracking.

Visitors to the park have been growing since 1993 when Kibale was gazetted as a park. Today, it receives 18,000 annual visitors. Many of these (about 90 percent) are foreigners.

Over the last three years, USA has been the leading source market for these tourists followed by Germany, U.K, Netherlands, Uganda and Belgium. 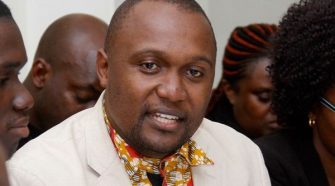