A vehicle drives past a tyres, one of them burning, which had been lined in the middle of a road in Katwe.

A group of youths has Thursday morning blocked roads and burnt tyres in Katwe and Kamwokya both neighbourhoods of the capital Kampala, allegedly protesting the blocking of popstar, Bobi Wine’s music concerts by security.

The youths took five tyres in Katwe and lit one next to Equity Bank while chanting ‘People Power’ and took off before residents and Police officers from Katwe Police Station surrounded the area.

Officers who objected talking to journalists quietly put off the fire and transferred the unburnt tyres to Katwe Police Station.

It is reported that thereafter, the same youths moved to Kamwokya, an area where Bobi Wine grew up and has his music studio, and burnt tyres at two separate spots on old Kiira road near Kamwokya market.

By the time our reporter arrived at the scene, the tyres were burning and road blocked with no security personnel present until after about 10 minutes later. Joint security personnel from both the military and Police led by the DPC Kira Police, Michael Kasigire, arrived and put off the fire.

Kasigire also refused to speak to the reporters present but referred them to the Kampala Metropolitan Spokesperson, Luke Owoyesigire for details on the incident. By time of publication, our efforts to speak to Owoyesigire were futile since he could not receive our telephone calls.

However, one of the eye witnesses in Kamwokya told SoftPower News that the youths lit the tyres while shouting that Police should grant Bobi Wine his freedom to perform on music shows.

“They were two and they kept saying that security agencies should leave Bobi Wine to sing because he is a musician,” an eye witnesses told SoftPower News.

On boxing day, Police blocked Bobi Wine’s show at Ggaba beach claiming it was not cleared by security to take place.

The last time similar protests by youths were held in Kampala was in August this year when Bobi Wine was arrested in Arua and later detained by the military. Riots in which youths set tyres a blaze in downtown Kampala and Kamwokya rocked the city resulting into the arrest of several people. 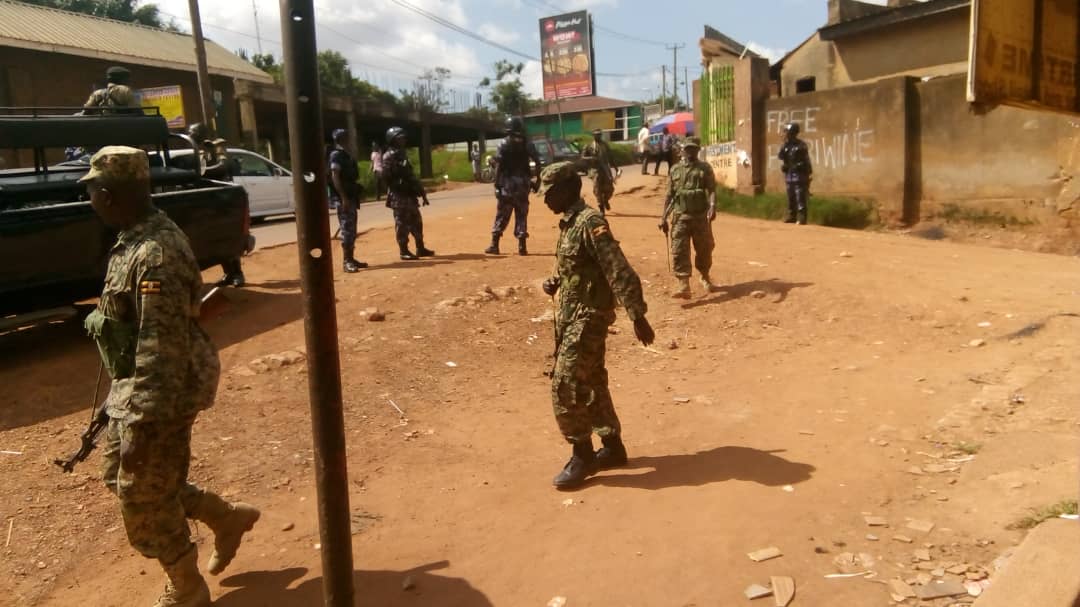 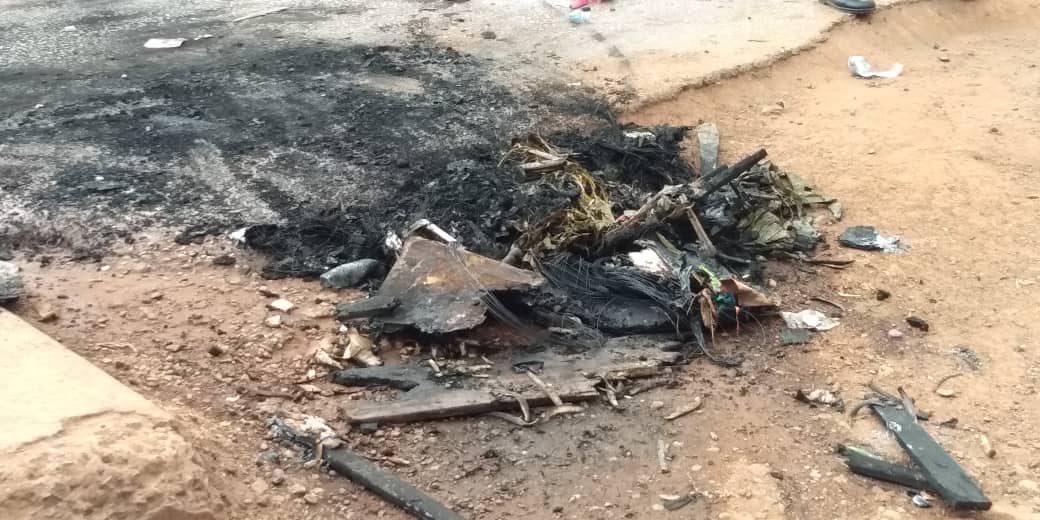 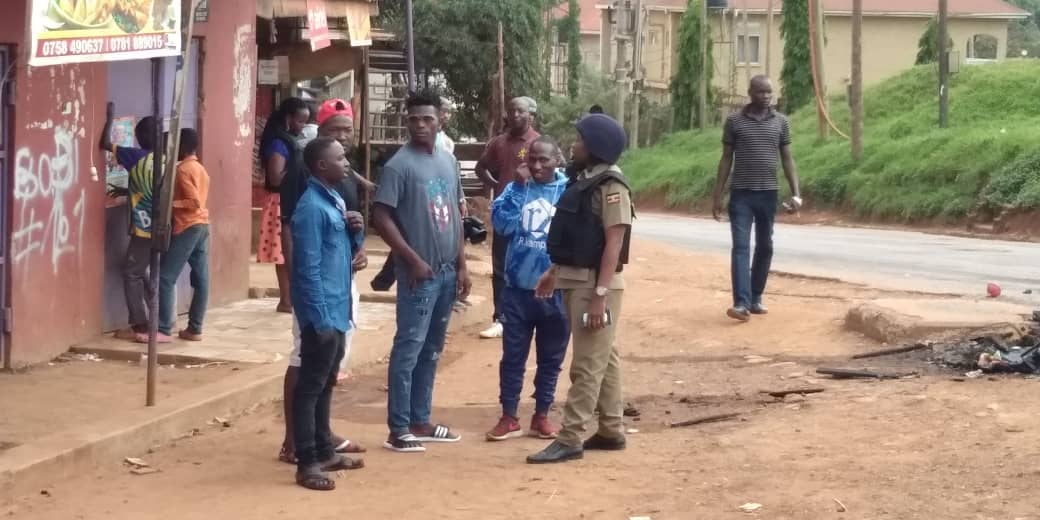 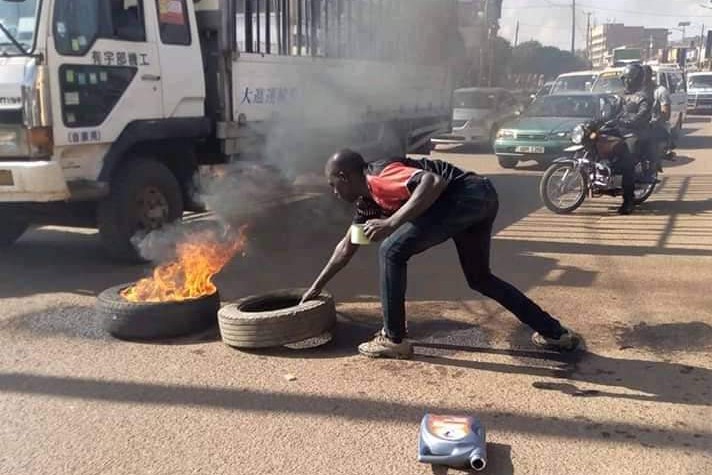 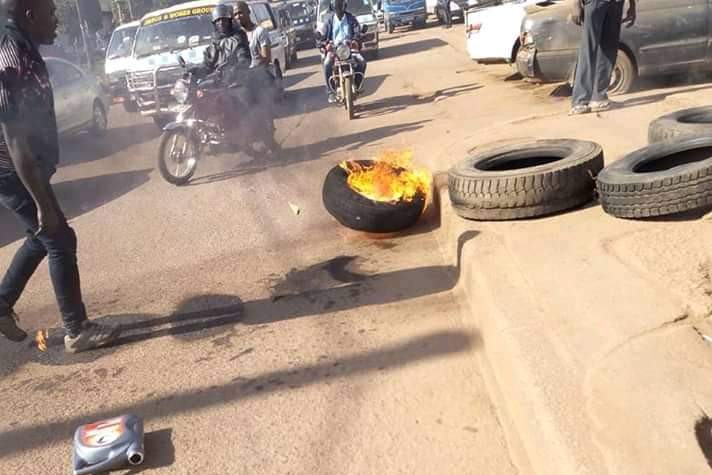 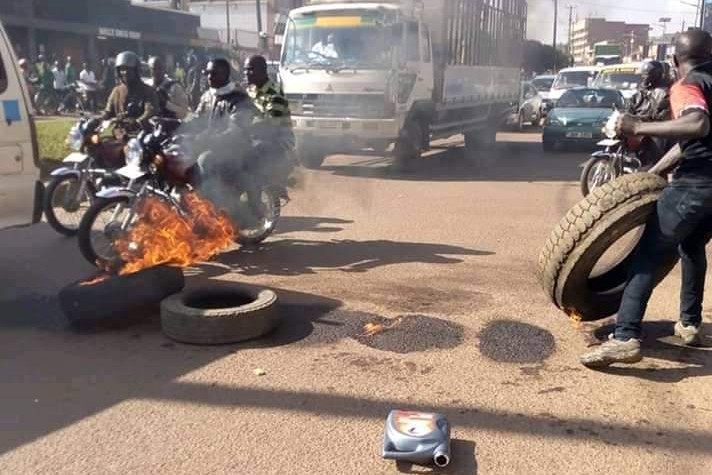