Legendary South African music Icon Yvonne Chaka Chaka has come out to dismiss claims that she was Tuesday afternoon deported by security and immigration authorities over Visa related issues.

Police spokesperson, Fred Enanga would later in the afternoon communicate that the musician had been escorted to Entebbe International Airport by security and immigration officials after cancelling her ordinary visa.

According to Enanga, Chaka Chaka was initially issued an ordinary visa to Uganda, but authorities would later cancel it after learning that she was meant to perform at the Nkuuka event.

He said the musician had initially been granted an ordinary visa which was cancelled by immigration because they realized she had come to Uganda to perform with other local artistes at the Buganda Kingdom event.

Enanga explained that Chaka Chaka together with her promoters were afterwards advised to apply for a working visa since the ordinary visa doesn’t enable her to perform or engage in any income generating activities in the country. Chaka Chaka and her team reportedly failed to comply which prompted authorities to deport her.

In fact, Enanga said that at Entebbe International Airport, Chaka Chaka boarded her next immediate flight to South Africa via Kigali jetting out of the country at 4:15pm.

However, Chaka Chaka has Tuesday evening recorded herself in a video clip she posted on her official Twitter account dismissing reports alluding to her deportation. She said she had no idea of what was happening at Enkuuka and this prompted her to willingly stay away from performing.

“I just took a decision not to appear at Enkuuka because there were so many things that I could not understand or explain . If somebody had explained to me, I really would have understood but am not deported, not arrested, not captured, everything is fine everything is in order,” Chaka Chaka said.

She however didn’t reveal where she had recorded the video from. 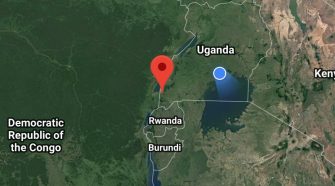 Ugandan who was Kidnapped in DRC Released After Ransom Payment