Weeks after Mityana municipality legislator, Francis Zaake was cleared by government and flown to India for medication, there remains uncertainty about his whereabouts or his medical condition.

Zaake left Uganda on August 30 following weeks of being hospitalized at Lubaga hospital as a result of what he claims was torture during his arrest in Arua municipality on August 13 this year. He was among other people including MPs who were arrested on the last day of campaigns during the Arua municipality by-election.

He and over 30 others were charged with treason after their alleged involvement in organising illegal processions and the stoning of President Yoweri Museveni’s motorcade.

For weeks, Zaake was admitted at Lubaga. Initially, he was said to be on oxygen support and there were reports that his palms had sustained severe injuries due to torture.

It’s this condition that necessitated specialized medical care abroad just like Kyadondo East MP, Robert Kyagulanyi. But government of Uganda insisted there was no need for the two legilators to seek treatment outside the country.

Unlike Bobi Wine’s case where there has been steady flow of updates about him in the U.S, for Zaake, nobody seems to know what shape he is in. There is an information gap.

This has prompted many to speculate that the legislator might have been discharged.

Recent reports in the media stated that Zaake was out of the Intensive Care Unit.

A letter from Manipal Hospital in New Delhi addressed to ‘to whom it may concern’ India indicates that the MP was set to be discharged on September 14.

“Patient Francis Zaake is admitted to the Manipal hospital on 4/9/2018. He was admitted through the emergency section of the hospital with alleged history of assault in his native country about 2 weeks ago,” said Dr Vikas Gupta in a letter dated September 12.

In his assessment the Doctor noted that Zaake complained of inability to move his legs, restricted movements of the neck.

Dr Gupta said that the MP was evaluated by a multidisciplinary team of neurosurgeons, neurologists and orthopaedic surgeons.

“He has undergone investigations like by MRI examination of brain and spine, computed tomogram of spine and thorax and electrophysiological studies. At present, he is recovering,” Dr Gupta who heads neurosurgeons at Manipal hospital wrote at the time.

He also mentioned that Zaake had been examined by Dr Bhagrat, a psychiatrist and was found to have suffered Post Traumatic Stress Disorder (PTSD).

In the same letter, Dr Gupta said that Zaake would be discharged two days later (6 days ago) on prescribed medicine.

It is not clear whether the MP was indeed discharged and if yes, where he could be at the moment. There hasn’t been any updates regarding his situation on his social media platforms since that’s the easiest medium of communication given that he is out of the country. 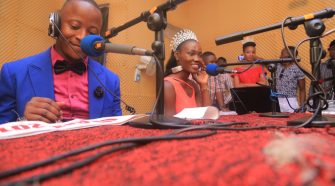