Tsvangirai was reported dead on Wednesday evening, succumbing to colon cancer for at least two years, according to the Guardian. He died in Johannesburg, South Africa at an age of 65.

Media began reporting that the opposition figure was in critical condition weeks ago but his condition deteriorated rapidly in recent days despite treatment in South Africa.

Only months ago, Zimbabwe’s President Emerson Mnangagwa paid a visit to Tsvangirai while he was still at his home.

Born in 1952, Tsvangirai played a significant role in Zimbabwe’s politics including serving as Prime Minister of Zimbabwe from 2009 to 2013.

Following the highly contentious 2008 Presidential elections whose results were disputed by MDC, a deal was brokered which saw then President Mugabe agree to a power sharing agreement with Tsvangirai.

Tsvangirai would later serve as Prime Minister in Mugabe’s regime until 2013. 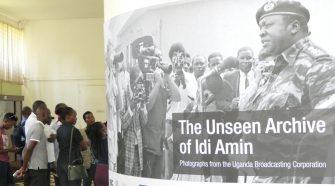