For the first time, authorities in Zimbabwe have come out to disclose the cause of the death of Zimbabwe’s founding father, Robert Mugabe.

Mugabe who ruled Zimbabwe for nearly four decades, died on September 6 from a Singapore hospital.

According to Zimbabwe’s President, Emmerson Mnangagwa, his predecessor, died of cancer after the chemotherapy treatment he had been receiving was discontinued.

The treatment was stopped as it had stopped being effective because of his old age, reports Zimbabwe government owned Herald newspaper.

Mnangagwa revealed this while addressing the ZANU-PF supporters in New York where he is attending this week’s United Nations General Assembly.

“Treatment had stopped, doctors had stopped treatment, chemotherapy, one, because of age and also because the cancer had spread and it was not helping anymore,” said Mnangagwa.

Chemotherapy is a type of cancer treatment that uses one or more anti-cancer drugs as part of a standardized chemotherapy regimen. It may be given with a curative intent, or it may aim to prolong life or to reduce symptoms. 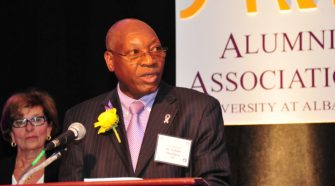