GOMA – At least twenty civilians have been killed in a period of two weeks during an attack attributed to Ugandan Allied Democratic Forces (ADF) rebels in the restive eastern Democratic Republic of Congo, a civil society group has said.

Dozens of militias including ADF rebels operate in parts of eastern Congo and are said to be hampering efforts by health officials from WHO and Congolese government to respond to the Ebola outbreak in the region.

The Ebola death toll from the latest outbreak rose to 41 people by August 1 in the country’s North Kivu province.

“The population is so neglected and we call on government to step up the military operations,” Noëlla Muliwavyo, a civil society leader in Beni said, adding: “The Congolese army should increase momentum and fight the rebels to the end.”

The recent attack by the ADF on civilians targeted the town of Mayimoya, near Eringeti, where seven people were hacked to death using machetes.

On August 7, fourteen (14) bodies of civilians kidnapped in Boikene neighborhood, in Beni city, were discovered near Mayangose, near the Virunga Park.

On January 13, the army launched widespread so-called large-scale operations against ADF and other armed groups active in North Kivu province but the army is yet to defeat the militia.

The ADF group has been operating in DRC since 1995 and have been accused by the Congolese and UN authorities of a series of massacres of several hundred civilians since 2014.

The World Health Organisation’s Director General, Dr Tedros Adhanom Ghebreyesus has warned that instability, high population density and large displacement in Democratic Republic of Congo’s east means the response to the nation’s tenth Ebola virus outbreak will be more complicated than ever before.

Ghebreyesus told reporters on Tuesday he feared conditions on the ground in the eastern province had created “a conducive environment for the transmission of Ebola.” 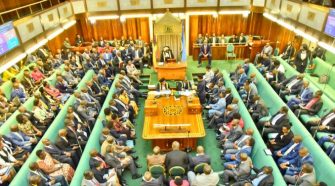