Two people have been killed and eight others badly injured when unknown attackers set three buses carrying passengers on fire in Rwanda.

The incident which was confirmed by the Rwandan army occurred on Saturday at around 6pm in Nyamagabe district, South of the country.

In a statement issued by the Ministry of Defence, government said that the attackers torched three passenger buses.

The injured have been taken to Kigeme Hospital for treatment.

According to the Military Spokesperson, Lt Col Innocent Munyengango, the RDF is pursuing the attackers who fled into Nyungwe Forest:

“We have been watching the situation in this area for some time now and have a good idea of who is behind today’s incident,” the army spokesperson said.

“We are in pursuit of the attackers and action will be taken against those responsible,” he added.

The army has reassured the public that the road is now clear and safe for all traffic.

Earlier this month, at least two Rwandan soldiers were killed when rebels reportedly crossed into Rwanda from the Democratic Republic of Congo.

When the attack happened, President Paul Kagame attributed it to the Forces for the Liberation of Rwanda (FDLR), which is said to have links to perpetrators of the 1994 genocide, and the Rwanda National Congress, founded by a former army chief.

At the time, Kagame said government was seeking clarification from government in Democratic Republic of Congo (DRC) to discover what facilitated the attack. 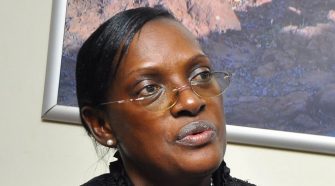 Bagyenda Accused of Smuggling Confidential Documents Out of BOU