The UN refugee agency in Uganda has said it is in the process together with the Office of the Prime Minister to recover the funds said to have been misappropriated, according to findings of an audit by the UN Office of Internal Oversight (OIOS).

A report of an audit on the refugee operations in Uganda which was released this week cited corruption and inefficiencies in accountability for activities run by the Office of the Prime Minister (OPM).

The audit discovered there was excessive fuel use by UNHCR vehicles assigned to officials from the OPM.

Reuters quotes the same audit report as having found that OPM paid Shs 1 bn in allowances annually to dozens of its staff but that OPM “was unable to provide to OIOS documentation to substantiate that these civil servants were working on UNHCR projects”.

The audit said there was also potentially Shs 28.7 bn in overpayments for water supplies in refugee settlements.

It (audit) covers UNHCR’s operations in Uganda for the period between July 2016 and December 2017.

In February this year, Teresa Ongaro, the UNHCR Senior Regional Spokesperson revealed that the UNHCR Independent Inspector General’s office was “pursuing internal investigations on some serious allegations received at the end of 2017”.

It followed allegations that some officials at the OPM had been involved in fraud and mismanagement of resources meant for refugees in Uganda.

“We wish to reiterate that at UNHCR, we have zero tolerance for fraud and corruption, misconduct, and sexual abuse and exploitation,” UNHCR said in a statement in February.

The OIOS also reported this week that some procurements were found to have been done without competitive bidding while others carried insufficient documentation, exposing UNHCR to losses through inflated prices and other fraud.

Another finding stated the UNHCR gave Shs 29.4 bn to a “partner” to build 1,200kms of roads – despite the company “not having experience in road construction”.

Upon learning of the allegations, the High Commissioner for Refugees, Filippo Grandi, visited Kampala in January 2018 to assess the complex challenges being faced in the refugee response and meet with the government at the highest level.

His meeting with Prime Minister Dr Ruhakana Rugunda resolved that it was necessary among other measures to launch a verification exercise into refugee registration data, which had allegedly been inflated.

The results of this verification exercise which were released early last month showed that the total refugee population in Uganda was 1.1 million and not 1.4 million as was being reported by government.

On Monday, the UNHCR in Uganda said it has established a high-level dialogue with the Office of the Prime Minister and other government authorities on the audit findings, “including regarding recovery of funds as may be needed”.

“A task force has been set up to review projects implemented by the Office of the Prime Minister. A preliminary report is due in mid-December,” the refugee agency added.

As an intervention to address the unaccounted for fuel, UNHCR says fuel cards and vehicle tracking have been introduced for implementation in 2019.

The Agency says it has accepted the recommendations of the OIOS auditors and has been working to address them well before the report was released.

UNHCR in Uganda for example says that it has since redesigned and rolled out new Standard Operating Procedures for the reception of refugees, their registration, protection, assistance (food, non-food items – core relief supplies) and case management.

“The complaints and feedback mechanisms for refugees have been strengthened with a new inter-agency call-centre,” the statement by UNHCR on Monday added.

Staffing in key operations functions, particularly those in oversight and management has also been strengthened. For example, a senior post in risk management and compliance has been set up.

“Monitoring and reporting functions have additionally been reviewed, revised and enhanced”.

Regarding the alleged fictitious procurement for road construction projects, UNHCR says “an investigation is ongoing and we are pursuing a full recovery of funds from any project partners of concern”.

“Allowances paid to civil servants are verified through attendance records and payment to individual bank accounts with overall responsibility lying with the government”.

UNHCR further reports that it has reviewed its monitoring of water delivery trucking in remote refugee settlements.

There is an ongoing top-to-bottom reviews of contracts, invoices and delivery verification before proceeding with any payments, UNCHR says.

As a result of the review in water delivery, the Agency says “significant progress” has been made in reducing water trucking, which is expensive, “from 37 per cent in May 2017 to 7 per cent over the course of the year”.

“UNHCR is determined to ensure the full integrity of the refugee response in Uganda and is addressing all issues identified in the audit report”.

It says that given the nature of its work – saving lives and protecting people, “maintaining the trust and confidence of our donors and of the general public is of utmost importance to us”.

Uganda’s total refugee population including the 62,139 new arrivals from DRC and South Sudan registered since March this year, stands at 1,154,352, as of end of October. 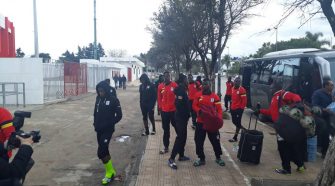