The body that brings together commercial banks in Uganda has rejected a directive by the Uganda Revenue Authority to reveal details of transactions and funds on accounts held in the different banks.

In a letter dated March 16 this year, URA wrote to all the banks in Uganda requesting them to furnish all the information the banks hold on their customers.
According to the request, all the commercial banks are supposed to send records of all the financial records they hold on all Uganda’s banked population.

Banks have also been asked to provide the total cash deposits into the individual accounts for the period January 2016 to December 2017 as well as the total cash withdrawals from that account in the same period.

URA also seeks to know the current balance on the account as of today.

In making the request, URA quotes Section 42 of the Tax Procedure Code Act which states that in an attempt to obtain information or evidence, “the Commissioner may, for the purpose of administering any provision of a tax law, require any person, by notice in writing, whether or not liable for tax to furnish, within the time specified in the notice, any information that may be stated in the notice”.

Section 42 (4) of this same Act goes on to state that furnishing such information has effect “despite any law relating to privilege or the public interest with respect to the giving of information or the production of any record, including in electronic format or any contractual duty of confidentiality”.

However, under their umbrella body Uganda Bankers Association, the commercial banks have defied the order from the tax man until the regulator (Central Bank) pronounces itself on the matter.

In his letter written to URA on March 24 by Wilbrod Humphreys Owor, the Executive Director of the Uganda Bankers’ Association, he says “banks are constrained to act pending directions from the regulator”.

The Bank of Uganda Financial Consumer Protection Guidelines of 2011 compel financial institutions including commercial banks to safeguard the information relating to customers’ accounts. 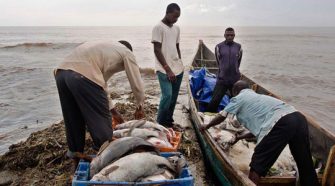