Uganda Tourism Board (UTB) has announced that the much anticipated annual Birding Day will take place this Saturday, November 11 in different bird sanctuaries across the country.

Uganda is a renowned birding destination given the fact that it is home to over 1,000 bird species including the most rare ones.

Bwindi Impenetrable, and Murchison Falls national parks are among Africa’s top 10 leading birding destinations as number 1 and 9 according to the African Travel Magazine 2013.

This year’s series of birding activities are set to begin on Thursday November 9 with the official launch of the annual Big Birding Day (BBD) 2017. This will be followed by the actual bird day on Saturday and then climax with the Big Birding Festival a week later on Saturday November 18.

This Year’s theme is: “Connecting Birds to People and Nature.”
“Uganda is home to over 1,000 species which is over half, 53%, of Africa’s bird species and 11.2% of the world’s species.” says Mr. Stephen Asiimwe, CEO Uganda Tourism Board.
“Currently birding is largely an activity of foreign tourists, however, we have been seeing a growing interest from Ugandans and other residents. That is our focus – to see that more Ugandans take up birding as an activity, which ultimately leads to conservation of the bird habitants.”

Equipped with binoculars and telescopes, birders are to take part in birding marathons to spot and identify as many birds as possible in a 24 hour period. The experienced birders can also identify a particular specie by simply listening to bird sounds.

As has been tradition, the teams that identify the most number of bird species get rewarded during the Big Birding Festival at Uganda Museum.

It is hoped this annual activity will increase not only awareness of the rich wildlife heritage but also lead to conservation. It also promotes tourism economic activities to serve a particular niche market of committed birders. 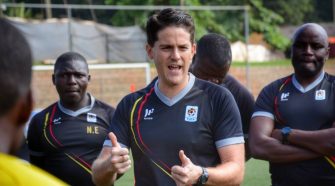