The Azam Premier League giants KCCA FC Wednesday evening held counterparts St. George FC of Ethiopia to a barren draw in their first leg of the CAF champions league first round, widening their chances of qualifying onto the group stages.

Both sides displayed a great game with each taking a couple of shots on goal.

Mutyaba Muzamir almost gave the visitors a first half lead in the 22nd minute when he got a clear pass from Derrick Nsibambi from the midfield, only to shoot it wider.

The game played at the Addis Ababa stadium finally ended goalless and now leaves KCCA FC with 90 minutes to become the first Ugandan club to advance to the group stages of the CAF champions league.

The return leg will be in Kampala on March 17 and the Ugandans will walk away with a cash prize of USD 550,000 (Shs 1.9bn) should they make it to the CAF Champions League group stages.

Whoever wins at StarTimes stadium in the return leg automatically qualifies to the group stages. A barren draw will see both sides head to penalty shotouts but any draw with a goal(s) shall qualify the Ethiopians to the next stage.

Last year, the then South African giants Mamelodi Sundowns eliminated them from the same tourney, but Mike Mutebi’s boys seem not to be ready to simply give in this time round. They earlier kicked out SNaPS united from Madagascar. 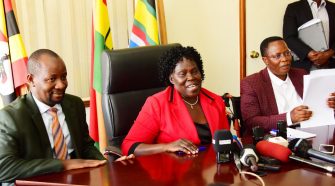