Cheptegei, 21, started the race at a slow pace but multiplied his effort in the last 6 laps which helped him finish in the first position clocking a timing of 13:50:83.

This is Cheptegei’s first gold medal at the Commonwealth games and Uganda’s first and only medal at this year’s games.

His came as no surprise as many people highly anticipated him to be a hard nut to crack in these particular games, given his performance at the 2017 World Championships, where he won silver.

Muhammad Ahmed from Canada came in second position and walked away with a silver medal having in 13:52:78 time before Kenya’s Edward Zakayo scooped a bronze within a time of 13:54.06.

Cheptegei’s performance now places Uganda among one of the 14 countries with Gold out of the 25 countries taking part in this year’s games in Gold Coast.

In the history of the Commonwealth games, Uganda so far has a total of 14 gold medals, 15 silver medals and 21 bronze medals. Cheptegei now joins three other Ugandan athletes who have ever won gold at the Commonwealth games. These include Dorcus Inzikuru (1), Boniface Kiprop (1) and Moses Ndiema (3).

Four years ago, 17-year-old Cheptegei won two gold medals, one at the World Junior Championships in the U.S. and another at the World University Cross Country Champhionships.

In the men’s race during last year’s IAAF World Cross Country Championships in Kampala, many Ugandans mocked Cheptegei after his spirited performance while leading everybody else with a 12 second advantage, suddenly came down to a fatigued drunken stutter in the last lap of the race with barely no strength to move.

He would later finish in 30th place, having lost almost two minutes to his rivals in the final kilometre. 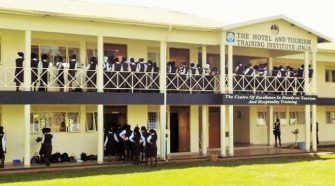