The population for the mountain gorillas across the three neighboring countries of Uganda, Rwanda and DRC have surpassed 1,000, according to the figures from the latest census.

This follows a census conducted in 2016 to establish the new number of mountain gorillas in the Virunga Massif, a chain of 8 volcanoes that span across Rwanda, Uganda and DR Congo covering 3 national parks

But this figure does not include the number of the gorillas in Bwindi Impenetrable Forest National Park in Uganda which stood at 400 in 2011. The census for Bwindi is still ongoing and the Second phase is set to be completed in August this year.

It is therefore the new 604 gorilla population figure from Virunga Massif, together with the 400 gorillas from Bwindi that makes up the landmark 1,004 total.

The census results were released on Thursday at Serena Hotel Rubavu in Rwanda. The figures have been confirmed using sound DNA genotype analysis.

Conservationists received the news with excitement while at the same time calling for more efforts to be put in safeguarding this population.

This achievement is particularly important given that gorillas take a long time (4 years) to reproduce. In addition, during their life span (35 to 40 years), the primates withstand several life threatening risks including respiratory diseases like Pneumonia due to coldness and fights over territory and dominion.

World Wildlife Fund (WWF) Uganda tweeted: “Mountain gorillas surpass 1,000!!! As we celebrate the great news from Mountain Gorilla Census, we also remember the rangers that have lost their lives protecting these majestic icons of the Virungas and Bwindi. Your efforts have not been in vain”.

“The mountain gorilla population has surpassed 1000 in the wild! The enormous conservation efforts in the region have not been in vain, and we celebrate with all the partners in the Virunga,” Sebunya said on Twitter.

According to the census, the increase in the gorillas is attributed to sound conservation policies of DRC, Uganda and Rwanda, effective park management strategies of the Virunga massif and efforts made by the conservation partners.

The census was not a head count but rather tracing and studying the droppings from gorillas in the over 8,000 sqkm Virunga massif. The enumerators then took measurements of the droppings to ascertain the age of the respective gorilla followed by DNA analysis to avoid double counting.

Uganda Wildlife Authority (UWA) say that they anticipate the population in Bwindi to go beyond 400 given that new gorillas have been born since the 2011 census.

The UWA Communications Manager, Bashir Hangi told SoftPower News that the results from the census in Virunga Massif are exciting.

“We are excited about the results. It means we have put alot of efforts in conservation. We believe we are doing a good job in conservation. When you are conserving and the numbers are going up, it shows a positive result of your intervention,” Hangi said.

“We strongly believe that when the results for the Bwindi census are out, the population will grow because we have registered births there”.

He says that Uganda, Rwanda and DRC account for 100% of the mountain gorillas world over.

Hangi explained that gorillas are the highest earners of the revenue generated from Uganda’s wildlife.

Going forward, Hangi says more efforts need to be made in order to further protect these rare species from threats such as poaching. “We need to double our efforts, to protect these primatez from poachers because they are a big challenge,” Hangi told this website on Thursday.

“But also, communities need to benefit more than they are doing because thus is critical. We want these communities to continue appreciating the existence of these gorillas and wildlife in general”.

The responsibility of the communities neighboring national parks to safeguard the wild animals depends on what value they draw from them, he says.

Mountain gorillas have been the flagship tourism activity not only for Uganda but even for the neighbouring countries DRC and Rwanda.

Recently, the number of bookings for gorilla permits in Uganda has largely increased, according to tour operators, largely due to the efforts of the aggressive destination marketing by the 3 PR firms in North America, UK and German speaking countries. 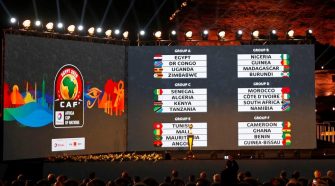