Chinese Companies Donate Over Shs 100M in Relief to Bududa

Huawei is among the Chinese companies that donated towards relief efforts in Bududa.

A consortium of Chinese companies under the Chinese Enterprises Chamber of Commerce in Uganda have made a donation in excess of Shs 100 million towards relief support to victims of the recent landslides in Bududa district.

The donation which is both financial and in material items was delivered on Friday by Chinese Ambassador to Uganda, Zheng Zhuqiang together with representatives from the Chinese Enterprise Chamber of Commerce in Uganda.

According to the Ambassador Zheng, the donation will go towards supporting government relief and resettlement efforts towards Bududa landslide disaster victims.

At the same time, Chinese enterprises handed over donation of ICT equipment from the Republic of China to Office of the Prime Minister.

A week ago, landslides hit the sub-county of Bukalasi in Bududa district on the slopes of Mt Elgon leaving a trail of destruction. The disaster has so far claimed 46 people, left 21 injured and 144 homes were washed away.

At least 800 people in 13 villages have been left homeless.

Zheng Biao from the Chinese Enterprise Chamber of Commerce in Uganda said that more support is expected from the other Chinese companies.

Minister for Relief, Disaster Preparedness and Refugees, Hillary Onek thanked the Chinese government as well as the businesses for extending the relief support to Uganda.

He used the event to urge Members of Parliament to make a financial sacrifice in order to help the people of Bududa, instead of criticizing government.

“If need arises, Members of Parliament should sacrifice half of their pay for six months and divert that money, if they are really patriotic. Because they only make utterances blaming government, and yet government is doing everything possible,” the Minister said.

The ceremony to hand over the donations was also attended by State Minister for Disaster Preparedness, Musa Ecweru and Minister in Charge of General Duties in the Office of the Prime Minister, Mary Karoro Okurut.

This week, Cabinet approved Shs 32.7 bn to relocate a total of 6,300 people from Bududa district to Bulambuli district.

In Bulambuli, each of these households will be allocated land measuring 2 and a half acres to settle.

According to Minister Ecweru, there are up to 100,000 people who need resettlement in the Bamasaba region. 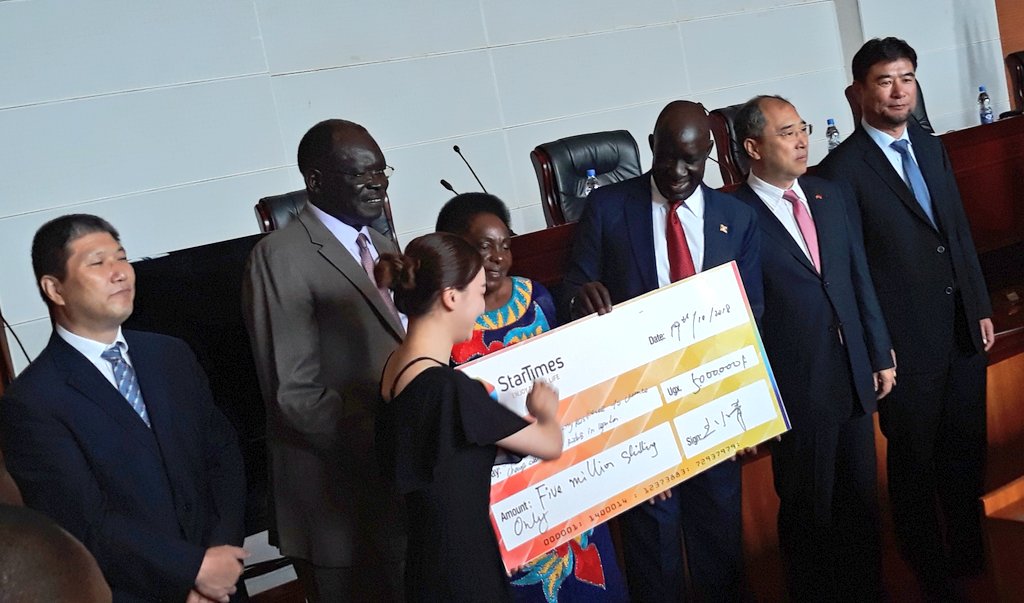 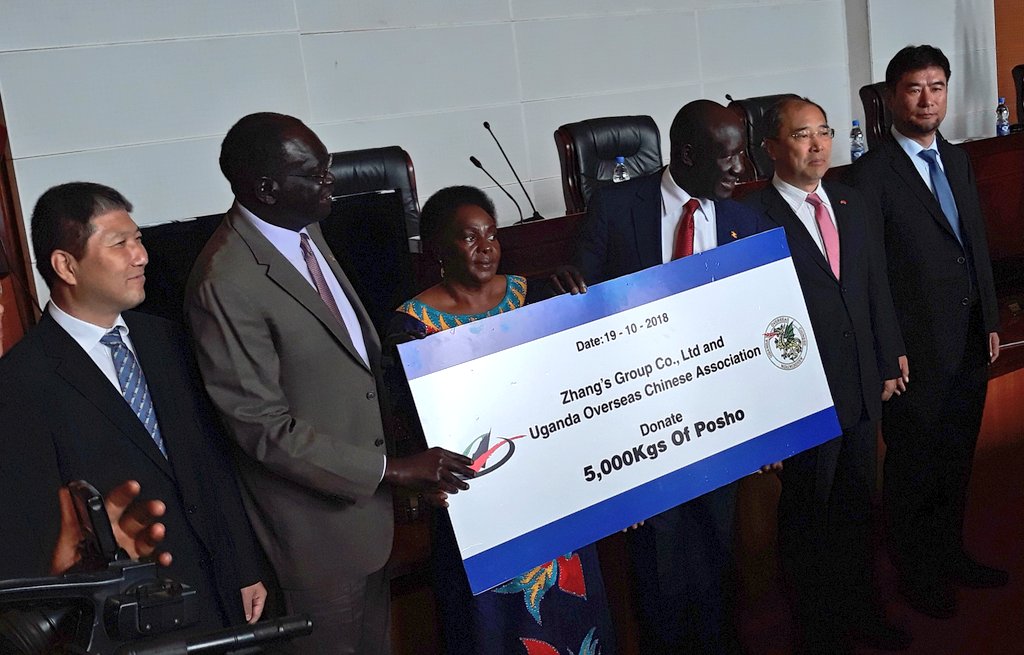 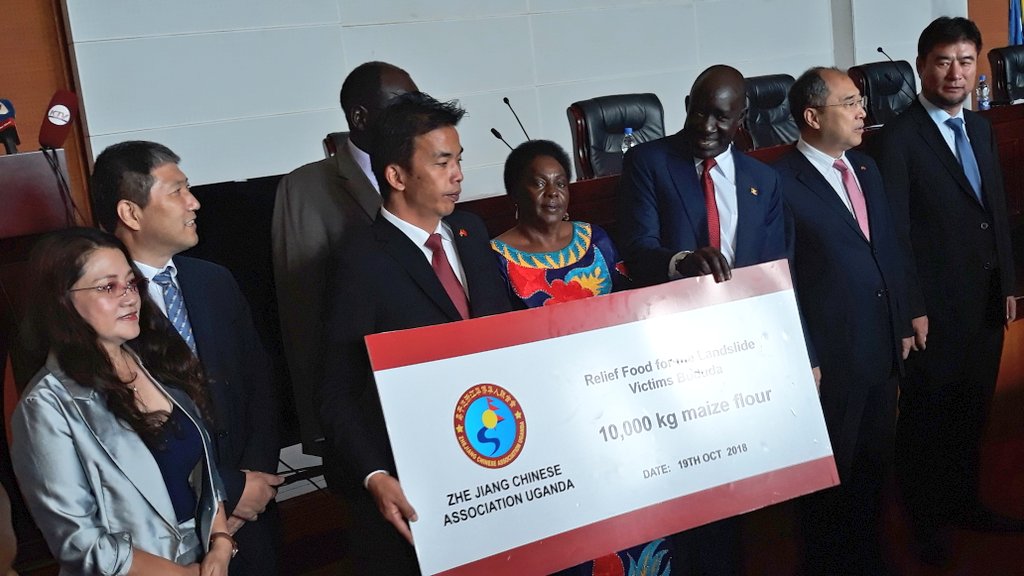 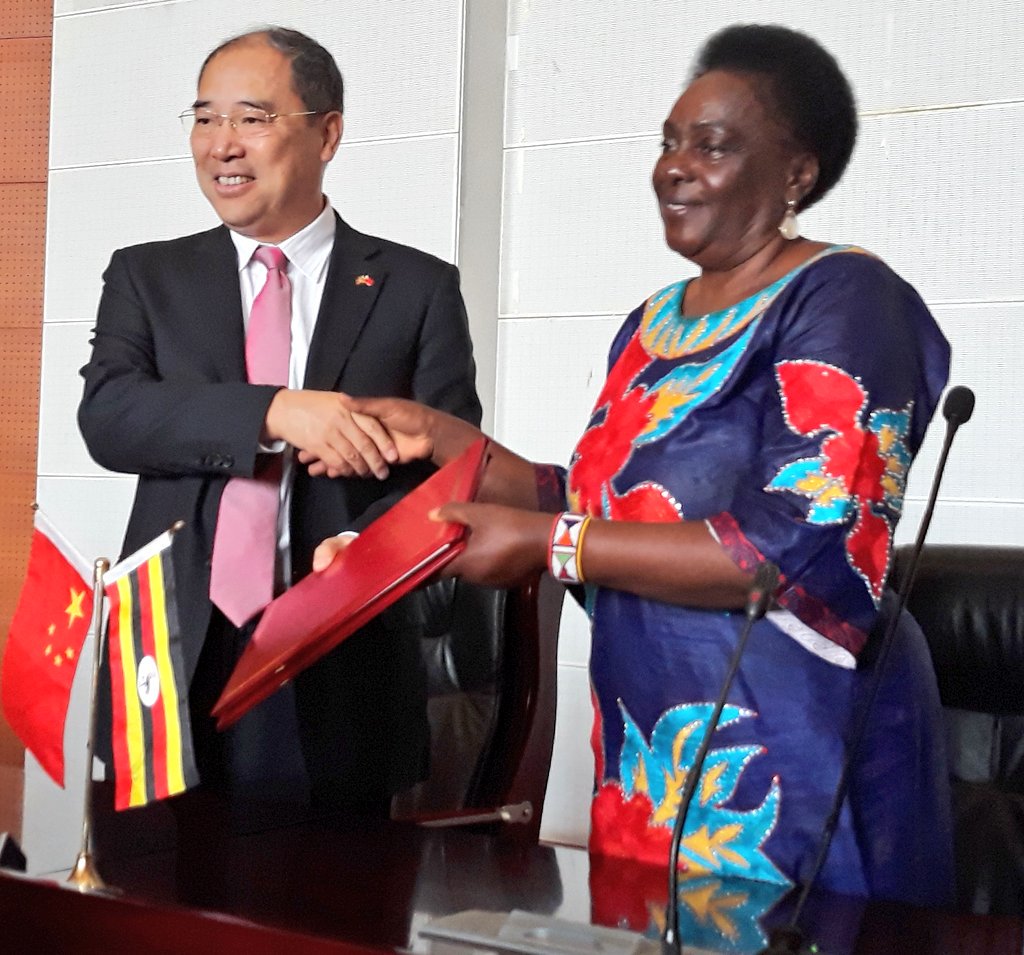