MONUSCO says it has found that ADF combatants have stepped up their actions in the east of the country, including the territory of Beni. In Beni City, students demonstrated Tuesday and Wednesday to demand peace in this region.

The attackers also stole cows and drugs from the pharmacies, the army said.

WHO officials have said insecurity in the east of the country is making it difficult for health officials to respond to Ebola which has killed more than 100 since August 1.

The mayor of the city of Beni Nyonyi Bwanakawa has said ADF is trying to establish a base outside the city.

This week, Ugandan President Yoweri Museveni said he will meet his Democratic Republic of Congo counterpart Joseph Kabila to discuss measures of wiping out rebel groups in the eastern part of the vast central African country.

Eastern Congo is plagued by dozens of armed militias that attack locals and exploit minerals. Congo, Africa’s biggest copper producer and the world’s largest source of cobalt, is preparing to hold presidential elections in December this year. 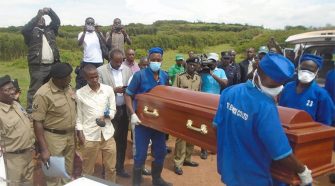