GOMA – A high court in the Democratic Republic of Congo has ruled that a leading opposition leader and former warlord, Jean-Pierre Bemba’s bid to stand in this year’s presidential election is invalid, upholding an earlier ban by the country’s electoral commission.

The court’s decision is based on a conviction by ICC Court in 2016 that found Bemba guilty of bribing witnesses. Bemba has appealed against ICC’s decision but the court is yet to rule on the matter.

Congo’s electoral commission says the electoral law does not allow Congolese people convicted on corruption charges to run for President.

“The constitutional court… confirms the ineligibility of Jean-Pierre Bemba Gombo for suborning witnesses by resorting to bribery,” said the court’s President, announcing the ruling on Monday evening.

Political observers and Bemba supporters argue results of Presidential elections scheduled for December 23 will be regarded as illegitimate without Bemba participation.

Bemba, a former rebel leader and Vice President, spent the last 10 years in prison in The Hague over war crimes offenses.

He was also convicted for bribing witnesses during the trial. While the ICC court acquitted him of war crimes convictions in June, the court is yet to clear him on witness-tampering charge.

Kabila’s coalition said in July that Bemba’s second ICC conviction for witness tampering should be used to bar him from being a presidential candidate.

In addition to Bemba, six of 25 presidential aspirants were also found not eligible. Congolese authorities also barred Moise Katumbi, another popular politician and a one-time Kabila ally, from entering the country to register as a presidential candidate.

The decision to disqualify Bemba and bar Katumbi from entering the country means that Kabila’s successor and the ruling party candidate Emmanuel Ramazani Shadary, has a big chance to win the presidential elections.

Bemba is still regarded by many in DRC as a big political actor who forced President Kabila into a second round in Presidential elections of 2006.

Kabila has been in power since 2001 following the assassination of his father Desire Laurent Kabila and the central African nation is one the world’s poorest, most volatile and corrupt-riddled countries. 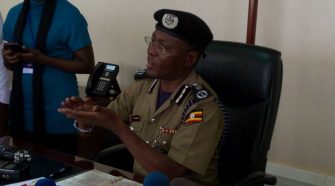 “The IGP is Working Normally, Rumors Won’t Distract Us” – Police