GOMA, At least 12 members of a militia group known as Mai Mai have been killed in the North Kivu province of the Democratic Republic of Congo, a military spokesperson in the area said on Tuesday.

Army spokesman Jules Tshikudi told SoftPower by phone that the militia group had been fighting the FARDC soldiers between Sunday and Monday, the army killed 12 rebels and others were injured in the fight.

According to the UN refugee agency (UNHCR), more than 3,000 people have fled to Zambia in the past month to escape escalating violence in Democratic Republic of Congo.

UNHCR said in a statement on Tuesday that violence in parts of south eastern Congo has forced more than 3,360 refugees into northern Zambia since 30 August ? the largest influx of its kind in the past five years.

“The refugees and asylum-seekers are escaping inter-ethnic clashes, as well as fighting between Congolese security forces and militia groups,” the refugee agency said.

“Those arriving in Zambia report extreme brutality, with civilians being killed, women raped, property looted and houses set alight. They are mainly from the DRC provinces of Haut-Katanga and Tanganyika.”

Some 60 per cent of those arriving in Zambia are children. Many show signs of malnutrition. Malaria, respiratory problems, dysentery and skin infections are common among the refugees, who are in urgent need of protection and life-saving support.

Renewed fighting between government troops and several rebel groups has been going on in the last weeks across Congo since President Joseph Kabila refused to step down when his mandate ended last December.

“The fighting on Monday took place in the village of Kipese in Lubero, in the eastern region near the border with Uganda,” Tshikudi said. ?But the area is calm at the moment and the army is still pursuing the enemy.”

DRC, almost the size of Western Europe, is the world?s largest source of cobalt. For two decades it has struggled to defeat dozens of local and foreign militias in the east, which has deposits of tin, gold and coltan.
One group is the Democratic Forces for the Liberation of Rwanda, some of whose leaders are linked to the perpetrators of the 1994 genocide in Rwanda.

Last week, fighting broke out between another coalition of Mai Mai, Yakutumba, other rebel groups, and the government’s FARDC on the outskirts of Uvira, close to the Burundi border.

In an audio statement this week, its leader William Yakutumba said his forces were fighting Kabila’s mismanagement of the country’s natural resources and his refusal to leave power. 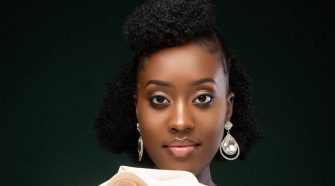