The meeting that was held on Wednesday reviewed the role played by the Uganda Government towards the restoration of peace and security in the Great Lakes Region. The discussion also touched on the existing framework such as the contribution of the International Conference on the Great Lakes Region (ICGLR) towards the eradication of negative forces.

Adolf Mwesige expressed his gratitude to the UN Secretary General’s Special Envoy for all the support rendered in trying to make the region a better place to live and work in. 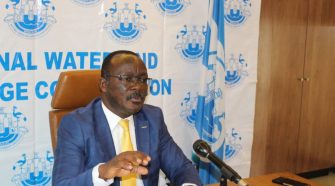