Muhammad Kirumira who has been serving as the District Police Commander (DPC) for Buyende district has elected to resign from the Police Force citing deliberate attempts to tarnish his reputation.

Kirumira says that the Police administration has persistently endeavoured to make him look like a criminal yet he has toiled to build a reputation as a “freedom fighter” through the efforts he made to curb crime in his different postings as a police officer.

His resignation from police service comes days after the Police tribunal charged Kirumira with six counts of offences including; neglect of duty, discreditable or irregular conduct, torture, extortion, corruption, bribery, unlawful arrests and excessive use of authority.

He allegedly committed the offences when he was in-charge of Nansana Police Station in Wakiso District and Old Kampala as division police commander in 2013 and 2014 respectively.

But the former Officer-in-charge (O.C) of Nansana Police Station wrote on Wednesday that; “Police has persistently kept on looking at me as a criminal and the purpose of this trial in an internal tribunal is to find ways of undermining my reputation”.

Kirumira said that as a Senior officer “who has labored to wipe out crime without any special facilitation, i have realized that my image before the administration shall never change” and subsequently, “i have resigned from the Force to enable the Police court fulfill their motives”.

“I now await an official message replacing me such that I can hand over office to whoever is deemed fit,” he wrote on his Facebook page.

He says that once the court has made its verdict on the accusations levelled against him, he will hand in an official retirement application to earn his discharge letter.

“I want to leave the Police since it is clean and I am branded dirty. I will not accept to hold office as I am being tried. I would like to keep my reputation as a freedom fighter,” Kirumira said.

Prosecution alleges that during his course of service, Kirumira used his powers to torture civilians and extort money from them.

Kirumira is accused of arresting a one Aramathan Kakooza whom he tortured until he paid Shs 350,000 to be set free. This allegedly happened while Kirumira was commander of Old Kampala Police Division.

He is also accused of releasing a suspect in 2014 who had been involved in a drug case after the accused paid Kirumira Shs 4.8 million.

The acts of torture, assault and unlawful arrests committed by Kirumira, Prosecution said, are tantamount to unlawful or unnecessary exercise of authority contrary to Section 44(1) Code 24(c) of the Police Act.

But Kirumira pleaded not guilty to the charges when he appeared before the tribunal days ago.

Kirumira believes that he is innocent, citing his unshaken record that reigned on criminality in areas like Nasana where acts of lawlessness had peaked.

He claims that during his deployment at Nasana, he cracked down on criminal gangs that had compromised both low and high ranking police officers working around same areas.

He says that he had discovered that some officers in flying squad and crime intelligence at Kibuli CID headquarters were working with these thugs who were being protected as informants.

But soon, officers whom he was beginning to expose began to accuse him falsely sometimes using criminals to defame him although some of the cases he won.

“Don’t forget that im the first person to engage the Kitatta gangs and I recovered over 10 motorcycles while I was still at old Kampala,” Kirumira wrote.

He is expected to appear before court tomorrow, Thursday. 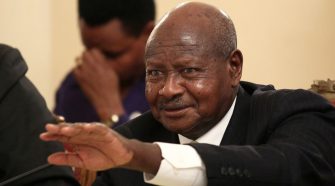