Players in the oil industry in Uganda are pushing for a significant inclusion of local participation in the sector as the country targets to produce its first commercial oil. They say that for the country to realize equitable benefits and sustain oil production, local citizens must be involved in the provision of services.

This was part of the Oil and Gas forum hosted by Stanbic Bank and the British High Commission in Uganda on Tuesday at Kampala Serena Hotel. It was themed on ‘Unlocking opportunities in the oil and gas supply chain’.

Uganda anticipates a humongous investment of up to USD 15 billion in the course of developing the infrastructure for oil production notable among them, the 1,445 kilometre pipeline, roads, airfields and other oil facilities. At the peak of production in 2030, Uganda is projected to be producing 300,000 barrels of oil daily.

Stanbic Bank’s CEO Patrick Mweheire noted that this is an opportune window for Uganda to bridge the current deficit in employment for locals.

“Small and Medium Enterprises (SMEs) need to be part of this investment for them to be able to create jobs. About 800,000 jobs are required annually but only 10% is being created,” Mweheire said.

He added that; “If only 30% of the USD 15 billion investment is spent on local companies, that will be a win for Uganda”.

Elly Karuhanga, the Chairman of the Uganda Chamber of Mines and Petroleum explained that there is a lack of awareness among Ugandans on the oil sector and the potential that lies therein. He underscored the importance of local content in the oil debate but said that “we have not reached the core part of SMEs”.

“The other challenge is access to finance by SMEs from financial institutions. Banks have not risen up to the opportunity yet this sector [oil] is capital intensive. This is a serious gap that needs to be addressed,” Karuhanga who was a panelist at the forum stated.

He said that a scenario where Ugandans in the Albertine oil region feel isolated by foreign workers could cause animosity to contracted firms.

Uganda has already formulated legal framework to guide how local companies and service providers will participate in the oil development. Critical in the procedure is to register with the Uganda Petroleum Authority database and securing certification for quality assurance.

At the moment, some of the people are undergoing training in technical aspects to boost their competence levels.

At the Serena forum, Lord Popat, the British Prime Minister’s Trade Envoy to Uganda and Rwanda reiterated the importance of developing local capacity which he said is paramount in Uganda’s pursuit of oil production. “We can’t achieve what we want to do without local content,” the envoy said. 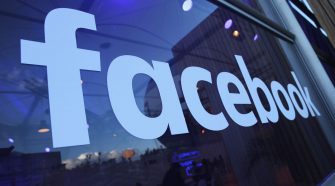 Facebook Criticized for Allowing Auction of 16-yr-old S.Sudanese Girl on its Platform