Former Buyende DPC, Muhammad Kirumira has been assassinated together with a friend in Kampala.

The former Police officer was gunned down on Saturday night near his home in Bulenga near Kampala. He was driving in his car along with a female friend, initially believed to have been his wife, when they were ambushed by unknown assailants and shot.

A source said that he was rushed to the hospital in a critical condition but died shortly after.

One of the soldiers who was among the immediate responders said Kirumira was hit by numerous bullets.

Witnesses said he was shot by people who were traveling on a boda boda.

Towards the sacking of former IGP, Kale Kayihura, Kirumira had been a strong critic of some elements within the Police who he alleged were colluding with criminals. He exposed some of the illegal dealings within the Police force.

This had forced him to resign from the Police, shortlist after which he was arrested and charged with torture, extortion, bribery, corruption, neglect of duty, unlawful arrests, excessive use of authority among others.

His killing was also akin to that of former Police spokesperson, AIGP Andrew Felix Kaweesi in March 2017 near his home in Kulambiro, Kisaasi.

“The Uganda Police Force is greatly concerned with the assassination of ASP Muhammad Kirumira at Bulenga near his home at around 9:00pm,” Police tweeted on Saturday.

“He was with a lady residents confirmed to be his wife. She too succumbed to bullet wounds and was pronounced dead on arrival at Rubaga Hospital”.

“We condemn these heinous criminal acts and promise to hunt down these merciless criminals and bring them to book. May they Rest In Peace”. 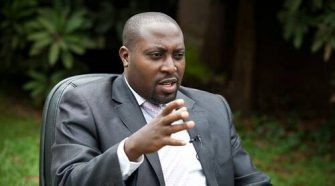