Parliament through the Committee on Legal and Parliamentary Affairs has advised government to clarify on the intentions of the Judiciary Administration Bill, 2018 which seemingly seeks to de-link the Judiciary from the Judicial Services Commission.

The call was made in the committee report on the Bill which was presented to the House in May 2018 by government.

The objective of the Bill is to give effect to Chapter Eight of the Constitution relating to the Judiciary, to provide for the efficient and effective administration of the Judiciary.

The Committee chaired by West Buddama South MP, Jacob Oboth Oboth observed that it appears that the Bill seeks to elevate the Judiciary and make it independent of the Judicial Service Commission and place it under the management of the Chief Justice.

“This observation is based on the powers the Bill proposes to bestow on the Chief Justice as evidenced in clauses 3, 4, 5, 6, 7, 8, 12, 13, 75, 17, 19 and 20. These clauses grant certain powers to the chief Justice that would ordinarily be exercised by the Judicial Service Commission,” reads the report in part.

“This will ensure that the provisions of the Constitution, especially on the functioning of the Judicial Service Commission, are respected and adhered to”. 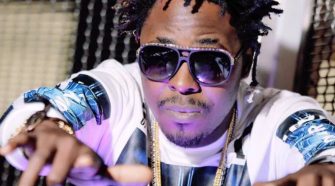 Maro Set To Entertain Revellers During the Fish Festival