Parliament leaders have Tuesday met to build consensus on the impasse regarding the leadership of the Committee on Commissions, Statutory Authorities and State Enterprises (COSASE).

The committee led by Bugweri MP, Abdul Katuntu’s, that is currently carrying on a probe into the irregular closure of seven defunct commercial banks by Bank of Uganda (BOU) had its term end on Sunday, January 13.

Prior to the end of the tenure, the Forum for Democratic Change (FDC) as the leading opposition party in Parliament reshuffled the current leadership replacing Katuntu with Kawempe South MP, Mubaraka Munyagwa.

The Vice Chairperson, Anita Among was also replaced with Moses Kasibante.

The appointment by FDC had however not been approved by the Speaker, Rebecca Kadaga. Instead, Kadaga in December wrote to the Leader of Opposition, Betty Aol Ochan requesting that the current team be allowed more time to finish the current BOU probe, hand in a report before being reshuffled.

But this position has since been rejected by FDC officials including Betty Ochan and the opposition Chief Whip, Ibrahim Semujju Nganda who noted that the extension is an illegality which Parliament should never entertain.

Now, speaking to the media on Tuesday evening, the Leader of Opposition in Parliament noted that finally a consensus has been reached which will be communicated by the Speaker, Rebecca Kadaga herself probably on Wednesday.

“We have finished our dialogue and the Speaker will make a pronouncement herself. We have explored a lot of options in dealing with the issue at stake and the best option shall be announced by the Speaker in plenary,” Ochan said.

“The best option taken will cater for all our interests as opposition and Parliament as an institution since COSASE is an opposition led committee,” Ochan added.

Ochan however highlighted that COSASE will sit and continue with its deliberations since it was last week adjourned to Wednesday.

However, reliable sources have revealed that the meeting which consisted of Betty Ochan, Speaker Kadaga, the Deputy Opposition Chief Whip, Harold Muhindo and Wilfred Niwagaba resolved to have the tenure of the current COSASE leadership extended to February 15, 2019. 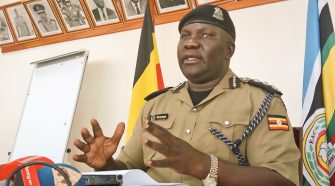