The Speaker of Parliament, Rebecca Kadaga has rejected the appointment of the Rubaga North MP, Moses Kasibante to the Committee on Commissions, Statutory Authority and State Enterprises (COSASE) as the Vice Chairperson.

Kasibante has been so vocal during the COSASE leadership impasse having been picked last year by the opposition FDC as candidate for Vice Chairperson on the same committe. He was appointed by the opposition chief whip, Ibrahim Semujju Nganda.

At the start of this year, Kasibante accused the outgoing COSASE Chairperson also Bugweri county MP, Abdu Katuntu as well as Vice Chairperson, Anita Among of under-performance and failure to produce several committee reports.

His comments came in the wake of calls from a section of the opposition for Katuntu to respect the law and step down as Chair, despite the decision by Kadaga to extend the leadership’s tenure.

In a turn off events, on Tuesday, Andrew Aja Baryayanga designated Kasibante to serve on the Parliament Appointments Committee which is chaired by the Speaker Rebecca Kadaga.

Baryayanga designated Kasibante to the Appointments committee on the prerogative of the Speaker who is the Independent whip.

The new appointment was however rejected by the opposition whip, Ibrahim Semujju Nganda who requested that Kasibante be dropped from the Appointments Committee since he had been designated to serve as the Vice Chairperson to COSASE.

“Madam Speaker, I request that Moses Kasibante’s name be withdrawn from the Appointments Committee since I had designated him to serve as the Vice Chairperson to COSASE,” Semujju requested.

The Speaker however ruled against Semujju’s request and directed that Kasibante proceeds to serve on the committee (Appointments) where he has been designated and approved.

The opposition chief whip is yet to reveal who will deputize Mubaraka Munyagwa for the next two and half years. 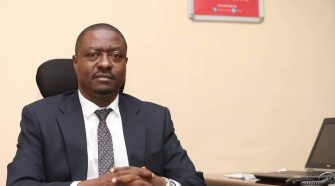