Lawyers defending former Inspector General of Police, Gen Kale Kayihura have condemned what they say is an ongoing ploy by the Internal Security Organization (ISO) to fabricate evidence against their detained client, Kayihura.

Lawyer Jet Tumwebaze, a partner with Kampala Associated Advocates the law firm that is defending Gen Kayihura has said that they are aware that ISO is coaching witnesses on what to say so as to falsely incriminate Kayihura.

He told reporters that it is disturbing that the security agency is ‘manufacturing’ evidence which he termed as an injustice.

“It isn’t the first time that ISO is involved in forgery. You remember the lady [Christine Mbabazi] that was being detained in some place in Lungujja. She was being paid to say Kayihura killed Kaweesi,” Counsel Tumwebaze said.

“You saw the other day people being paraded. There are two houses that ISO has hired where people are being paraded and coached on what to say against Gen Kale, and this is what is disturbing,” he added.

Kayihura’s lawyers have appealed to the intelligence community to disregard the forged evidence against the former Police chief.

Gen Kayihura was arrested a month ago and from what we know is still detained at the Makindye military barracks. The army under whose custody the four star General remains has since been silent on what offences he is being held for and why he has not been produced in court to be formally charged as required by law.

“I am not obsessed by the number of days disturbing as they are. I am obsessed with the injustice that is going on,” Kayihura’s lawyer added.

He said that “Kale is disturbed by these forgeries”.

“You can not forge evidence against a Four Star General. He [Kayihura] believes in the military handling of this matter because for him, he believes that the people he has been working with in intelligence are sober,” he added.

According to Tumwebaze, the alleged fabrications against their client speak to the broader illegalities by ISO, some of which were recently condemned by Uganda Law Society.

“This case is not isolated to Gen Kale. You recently saw the statement by Uganda Law Society about the violations by ISO of other citizens,” said the lawyer.

Last week, the President of the Uganda Law Society, Simon Peter Kinobe issued a statement condemning what he called “lawless acts”, illegal detentions” and “impunity” by the ISO. The statement followed an incident in July this year in which operatives of ISO arrested, paraded and detained some people who reportedly confessed to having worked with Dr Kizza Besigye and Gen Kayihura to cause unrest in the city.

The Law Society also condemned the illegal detention by ISO of Movit CEO, Simpson Birungi as well as the unlawful access of the MTN data centre and ‘kidnap’ of Huawei staffers by the same security agency.

Kinobe said it was unlawful to parade suspects and that ISO possesses no legal mandate to arrest or detain any person.

However, in a recent letter to Finance Minister Kasaija, President Museveni listed various murders in the city including muslim sheikhs, Maj Kiggundu, AIGP Felix Kaweesi and others.

“These crimes were committed with the possible collusion of Police,” a usually careful President on matters security stated.

At the time Gen Kayihura was placed in custody at Makindye Military Baracks, a credible military source told SoftPower News that the former police chief was being investigated for transfer of over 1000 guns without record from the police armoury and purchase of satelite phones which he never handed over to the new police leadership when he was fired.

Law Society Submits All Members, Says Museveni’s Directive on 30 Lawyers Was Taken Out of Context 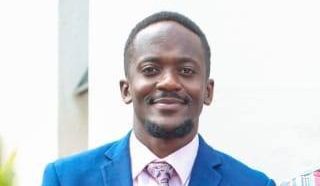