The Chief Executive of MTN Uganda, Wim Vanhelleputte has been deported by the Ugandan government, SoftPower News has learnt.

The deportation order for Vanhelleputte, a Belgian national, was signed off by Minister of Internal Affairs, Gen Jejje Odogo on Thursday.

The deportation order, a copy of which SoftPower News has seen, states that the MTN Uganda boss was deported in accordance with Section 60 (1) of the Uganda Citizenship and Immigration Control Act.

The order states: “He has been deemed to be an undesirable immigrant by virtue of section 52 (g) of the Uganda Citizenship and Immigration Control Act”.

Gen Odongo approved that Wim be deported to Belgium indefinitely. It however isn’t clear as yet for what reason the MTN chief executive has been ordered out of the country.

This news website understands that Wim will depart Entebbe international airport for Belgium Thursday at 11pm.

The development comes a few weeks after three Senior Managers at MTN Uganda were deported.

Last month, security arrested and deported Olivier Prentout (French) who was Chief Marketing Officer and Annie Tabura, a Rwandan national, who has been MTN’s General Manager for Sales and Distribution.

A statement by Police said the two were working for ” a leading mobile telecom company.”

Days later, Elza Muzzolini, 34, an Italian national, who was the General Manager Mobile Financial Services at MTN Uganda, was also deported from Uganda.

Police would later summon Wim Vanhelleputte and Anthony Katamba who was MTN’s Chief Legal Counsel to explain the alleged actions of the Senior Managers of the telcom company in activities considered subversive to Uganda.

Wim’s deportation comes a day after Katamba was fired from his position at the telco. 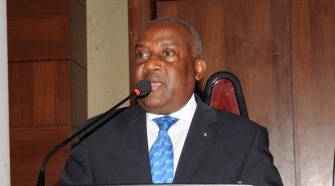 Covid-19 Fund Has So Far Collected Shs 21bn, Ministers and MPs Asked to Donate Part of their Salaries