The Inspector General of Government (IGG), Justice Irene Mulyagonja has called upon President Yoweri Museveni to consider increasing funding to the Inspectorate other than setting up a new anti-corruption.

Mulyagonja was commenting on President Museveni’s remarks which he made during the State of the Nation Address on Wednesday that the agency has failed in its mandate of investigating and prosecuting corrupt government officials.

Responding to the remarks at Serena on Wednesday, Mulyagonja noted that the Inspectorate has performed fairy well given the prevailing challenges including a small budget and the public that is not willing to volunteer information for the prosecution of high-profile corrupt officials.

“The budget and resources we have are not supportive. We don’t have a forensic laboratory, you know that right now investigations require to investigate things that have been done on computers. We are relying on the Government Analytical Laboratory and when you go there, you must line up with the Police and other institutions that use the services,” Mulyagonja said.

“If there is money that is going to be put in the Unit to investigate corruption, we would request that the money be given to us as the Inspectorate because we need it,” Mulyagonja requested.

In his remarks, the President noted that the IGG has failed to execute its mandate prompting him to create a parallel unit to address the rampant cases of corruption in the country.

“Report any corruption that you come across to this team. What happened to the IGG, why don’t the victims of corruption report these cases to the office of the IGG?” the President wondered.

“This is the purpose for which it was formed, now the fact that I am creating another monitoring unit, what happened to the other one, why should we keep it then?”

Museveni said that the IGG should reflect on its staff and why people no longer trust the institution. 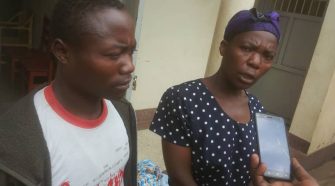