The newly commissioned Source of the Nile bridge.

President Yoweri Museveni has Wednesday commissioned the newly completed Source of the Nile Bridge in Jinja.

The bridge that connects Jinja and Buikwe districts over River Nile has been undergoing construction for the last four years by Zenitaka Corporation. It is cable stayed structure supported by concrete multi-box girder and measures 525 metres in length.

The new bridge was funded by the Japanese government with a loan of USD 125m. Government says the bridge will reduce the congestion on the old bridge and contribute towards economic growth by promoting integration.

It is designed with a life span of 120 years.

President Museveni who presided over the launching ceremony in Jinja said the new bridge is a manifestation of the successful in the partnership that has existed between Uganda and Japan over the last 56 years.

He thanked the Japanese government for supporting Uganda with aid in total of USD 1.22 billion in the same period.

The Peesident said that use of the Source of the Nile bridge will be restricted only to vehicles and pedestrians, and that boda bodas will use the Old bridge. This, he said, will reduce on the congestion.

He was happy to note that in the course of constructing the bridge, a significant number of Ugandans (including engineers and other technical personnel) had been employed. This will facilitate technology transfer, he said.

Out of the 760 workers, 90% were Ugandans. 67% of technical staff were also Ugandan and 80% of the high performance concrete was sourced locally.

The Japanese Foreign Minister, Masahisa Sato who attended the ceremony hailed the bilateral relations between Uganda and Japan. He credited Uganda’s contribution to stability of Eastern Africa.

“In order to achieve sustainable economic growth, high quality infrastructure is indispensable,” he said, emphasizing the significance of the newly commissioned bridge.

The representative of JICA said the new bridge is the latest technology in Japanese bridge engineering and it’s an important component of the EAC northern corridor project. 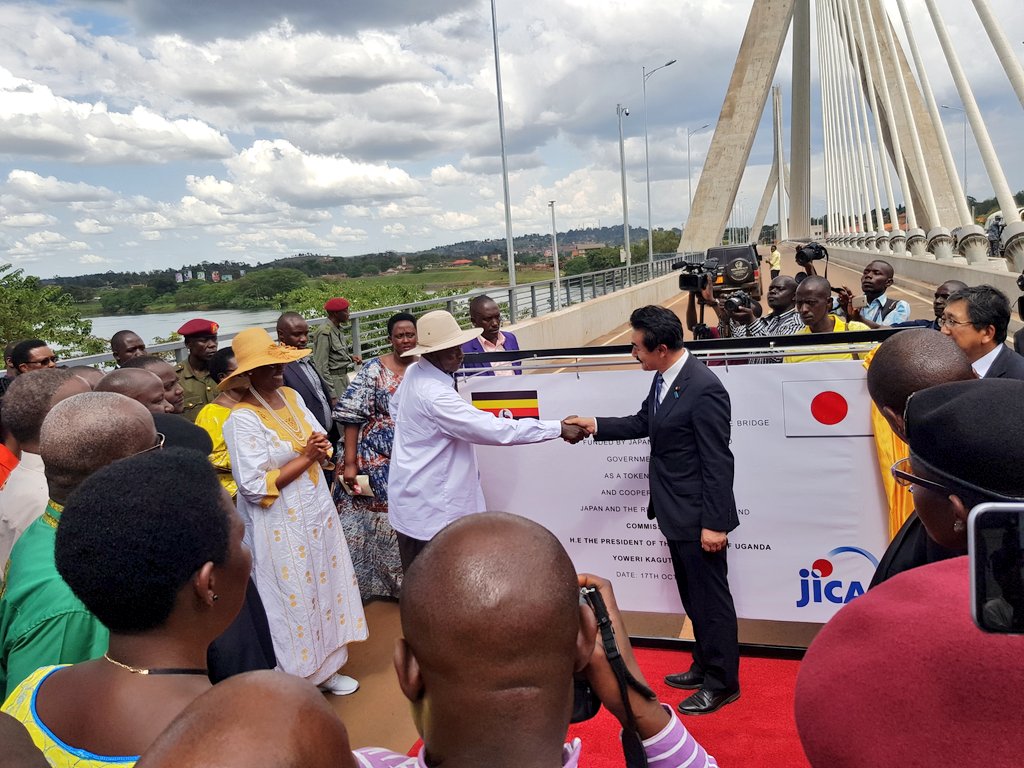 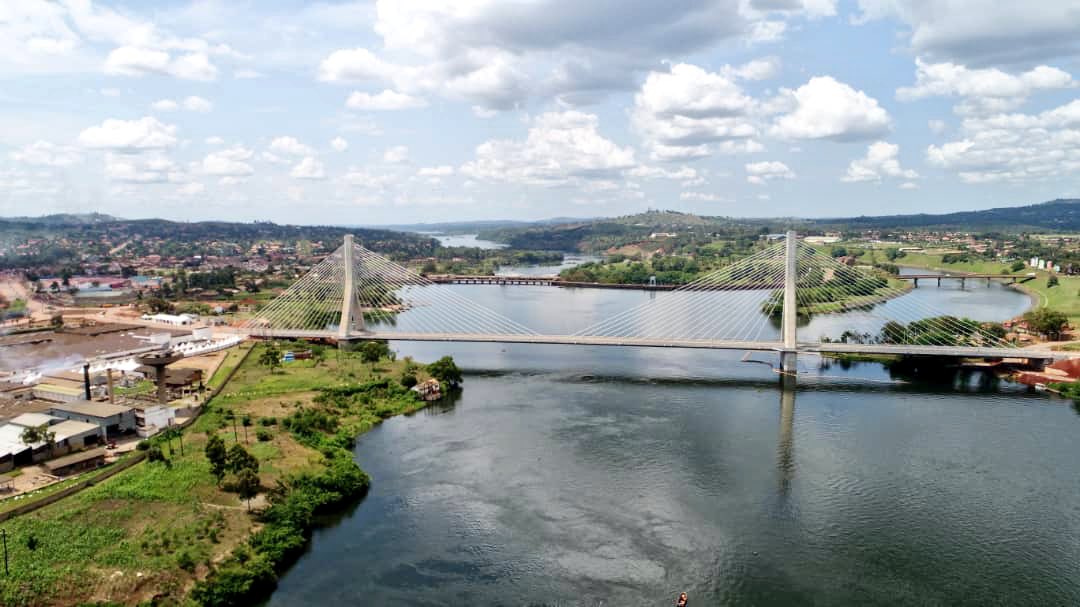