President Yoweri Museveni has nominated three high ranking army officers and a lawyer to the Immigration Directorate at the Ministry of Internal Affairs.

The major changes by the President come on the heels of a CMI report which made recommendations needed to stop impunity and corruption in Immigration.

The President has nominated Brig Gowa Kasita as Director of Immigration and Citizenship. He has been Uganda’s Defense Attaché in Washington.

Col Geoffrey Kambare who has been serving as the Director for Intelligence Collection has been nominated to be Commissioner of Immigration.

Before Namanya was sent for further training, he was serving as the administration officer in charge of UPDF’s Luwero Industries. He also previously served in the Presidential Protection Unit (PPU) that has since been renamed Special Forces Command (SFC).

Museveni has also picked Sharon Tem, a private practicing Advocate as the new Commissioner of Legal and Inspection Immigration.

The Chieftaincy of Military Intelligence (CMI) led by Brig Abel Kandiho has been investigating immigration on many issues affecting the security of the country; issuing of passports and citizenship to foreigners, many of who end up committing crimes in Uganda and elsewhere in the world facilitated by illegally acquired Ugandan travel documents.

SoftPower News has learnt from a reliable source in the Presidency that Brig Kandiho, in his report to the President, recommended the appointment of new board members to streamline the processes at immigration.

The President, according to our source has been very concerned about the department of Immigration which has been riddled with numerous scandals that saw many officials interdicted. The same source revealed that the President had written to the Public Service Commission regarding the four nominees for Immigration.

Recently, Nigerians were arrested in China on charges of trafficking drugs with Ugandan passports.

Acquisition of national identity cards by foreigners through bribery is another matter that is reportedly being investigated.

This website reported in August this year that Ronald Magala Ssematiko, the Principal Immigration Officer at the Ministry of Internal Affairs was arrested by the military intelligence (CMI) for allegedly selling Ugandan passports to foreigners who would then use them for criminal activities.

Days later, some six immigration staff were interdicted by the Permanent Secretary in the Ministry of Internal Affairs, as well as those in charge of stores where passports and stickers are kept.

The crackdown followed concerns regarding issuance of citizenship status to foreign individuals who do not merit.

When contacted regarding the President’s nomination of three army officers to head Immigration, the UPDF spokesperson, Brig Richard Karemire said: “There is a process that should be followed, the officers have to go through the public service commission.” He could not divulge more details. 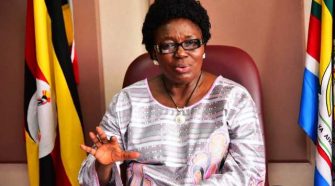 Kadaga: I Asked God to Grant Me Time to Finish Pending Business